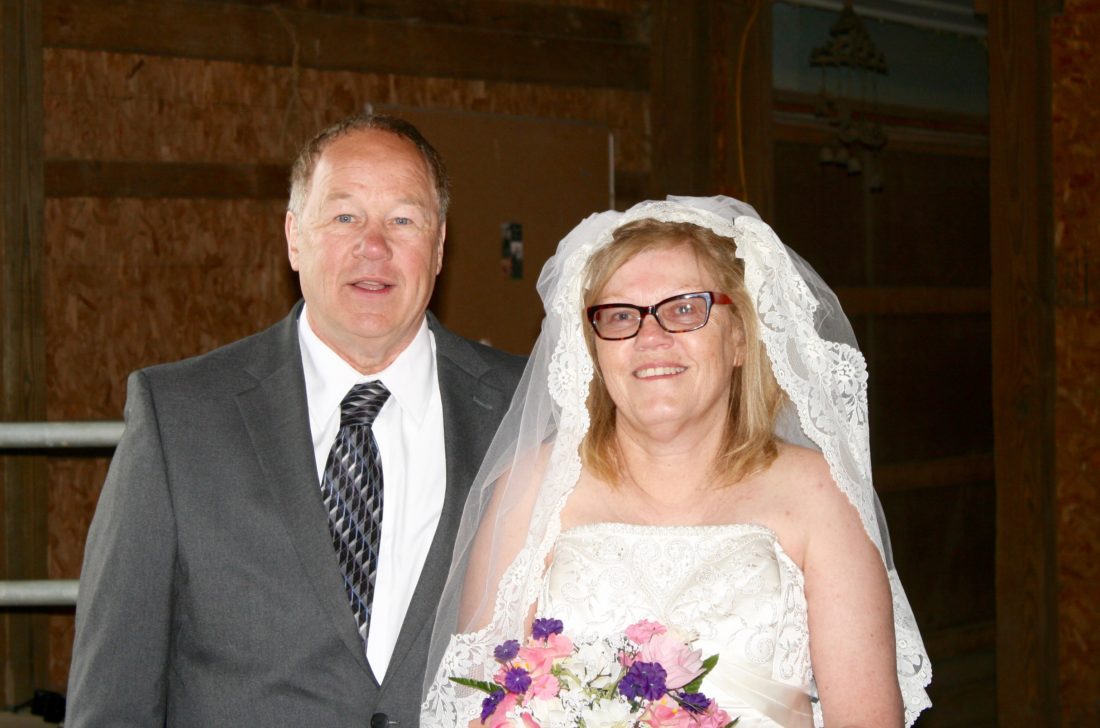 ESCANABA — Bob and Cindy Reinhart of Escanaba were recently surprised by a wedding vow renewal ceremony planned by their daughter Tarajo Reinhart (Hanrahan).

Prior to the start of Tarajo and Cory’s wedding rehearsal on May 19 at Coyote Creek Farms in St John, Mich., the bride and groom to be announced that another wedding would be taking place. Tarajo proceeded to explain to her parents that she couldn’t get married the next day in “good conscience” as her own mother had “no memories” of her wedding that had taken place 39 years ago. Cindy’s memory was impaired due to a car accident that occurred when Tarajo was an infant. Shock and amazement were felt by both parents who were whisked away to prepare for their ceremony.

Tarajo, her brother, James and sister Lindsey had secretly sent wedding renewal invites to family and friends. A wedding dress and flowers had been secured, programs were made, speeches were written, four of the original wedding party members were present and a wonderful meal was planned following the ceremony.

The couple’s son, James, walked his mother down the aisle. Bob and Cindy renewed their wedding vows before family and friends.