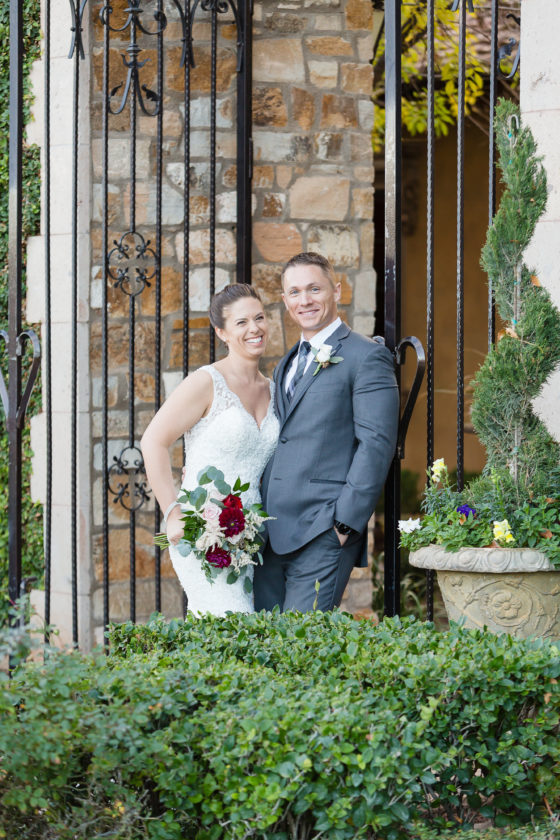 CHANDLER, Ariz. — Jessica Prebish became the bride of Chris Tiller during a 4 p.m. ceremony performed by Matt Crandall, friend of the couple, at the Villa Siena in Gilbert, Ariz. on Jan. 7.

Jessica’s parents are Bill and Gina Prebish of Escanaba, and Chris’s parents are Diana Martin, and Dave and Sandra Tiller, all of Phoenix, Ariz.

Chris graduated from Occidental College in 2003, and from the University of Las Vegas in 2005. He is employed as a realtor, and is also a firefighter.

Jessica graduated from Northern Michigan University in 2005, and from Midwestern School of Medicine in 2009. She is employed as a physician.

Jessica chose for her attendants maid of honor, Katie DeGrand, friend of the couple, and bridesmaid, Kelly Giuffrida, sister of the groom. The flower girl was Sophia Sockrider, best man’s daughter.

Following the ceremony, the couple and their families welcomed and entertained guests at a reception at the Villa Siena in Gilbert, Ariz.

A summer honeymoon is planned for June in Budapest, Hungary. The couple is at home in Chandler, Ariz.