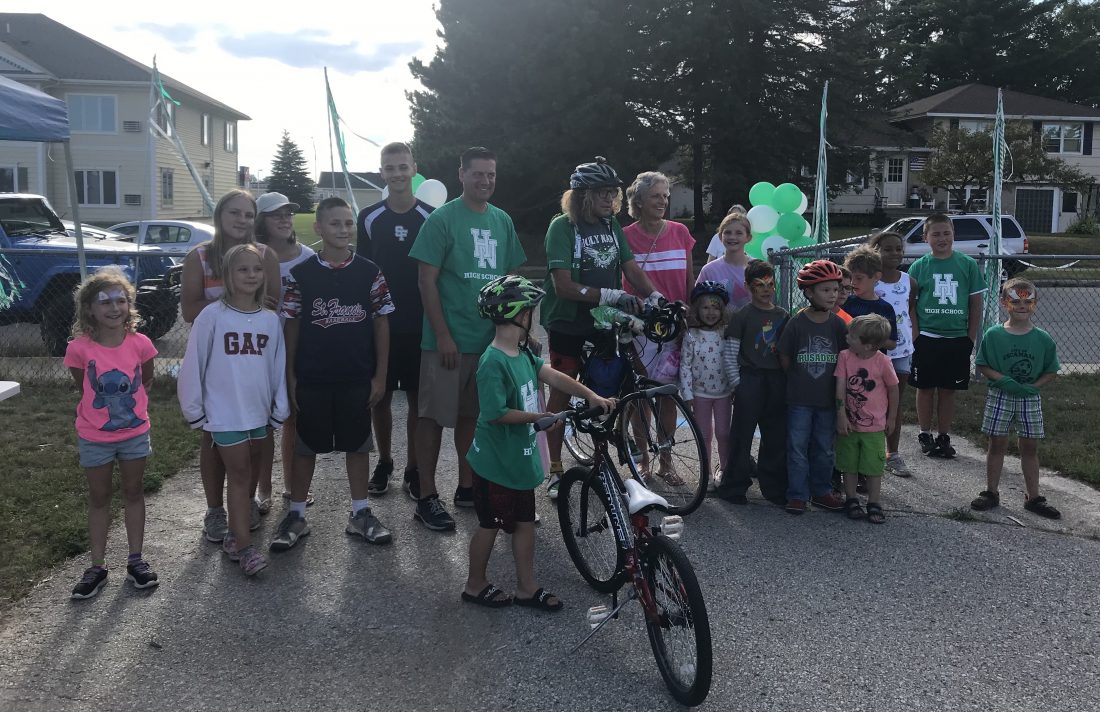 ESCANABA — Holy Name High School 1969 graduate Joe Paterick successfully completed a 237-mile bike ride from his home in Milwaukee to his alma mater, Holy Name. To celebrate his arrival, students, family members and friends of Holy Name Catholic School held a Back-to School Bike-a-thon and BBQ on the school playground on Wednesday, Aug. 14. Paterick left Milwaukee at 5 a.m. on Tuesday, and arrived on Wednesday at 6:20 p.m.

Kids rode around the school block as they awaited Paterick’s arrival in Escanaba; even little children got involved by riding on the trike track. Awards were given to students with the most laps in each age group, with supporters pledging $3,000 to be used toward the re-opening of Holy Name Catholic High School.

Paterick biked to Escanaba for his 50th HNHS class reunion, so when he heard about the “Now Is The Time” Capital Campaign to re-open Holy Name High School, he thought it would be a great idea to arrive a few days early and combine his trip with a fundraising drive for the new HNHS.

Paterick had a successful bike ride, though he ran into a headwind, which he said slowed him down. Paterick said he averaged approximately 18-19 miles per hour on his bike, but was down to 14 mph at times because of strong winds. In total, it took Paterick approximately 36 hours to get to HNCS; included in the 36 hours was his overnight stay at a hotel in Oconto, Wis.

Though Paterick is just two months away from turning 69 years old, he says he doesn’t let his age slow him down, and after his long trek, he said he felt great.

“It feels fantastic,” he said. “It warms my heart to see all these kids doing their bike-athon,” he said of the current Holy Name students who were at the school to welcome him. “It’s not about me. It’s about these kids. It’s about bringing awareness to people. I’m just a guy on his bike trying to raise awareness about the high school. I’m just a symbol. We’re doing it for others, and there’s a power in that; bringing the high school back — that’s what it’s all about.”

How to handle letters sent to the deceased

Dear Heloise: I wonder how MAIL TO A DECEASED PERSON gets handled by the post office. Does someone have to notify ...

Public Health gets grant for WISEWOMAN

Dear Annie: I’ve had my current job for four years. I work at a small company of about 20 employees. My ... 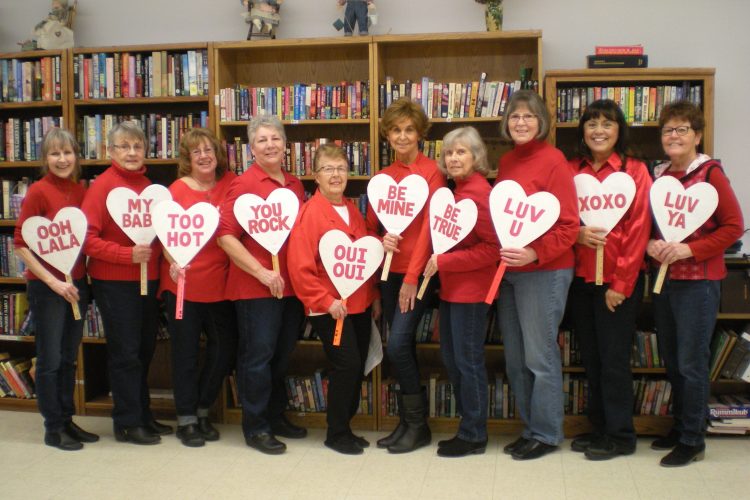