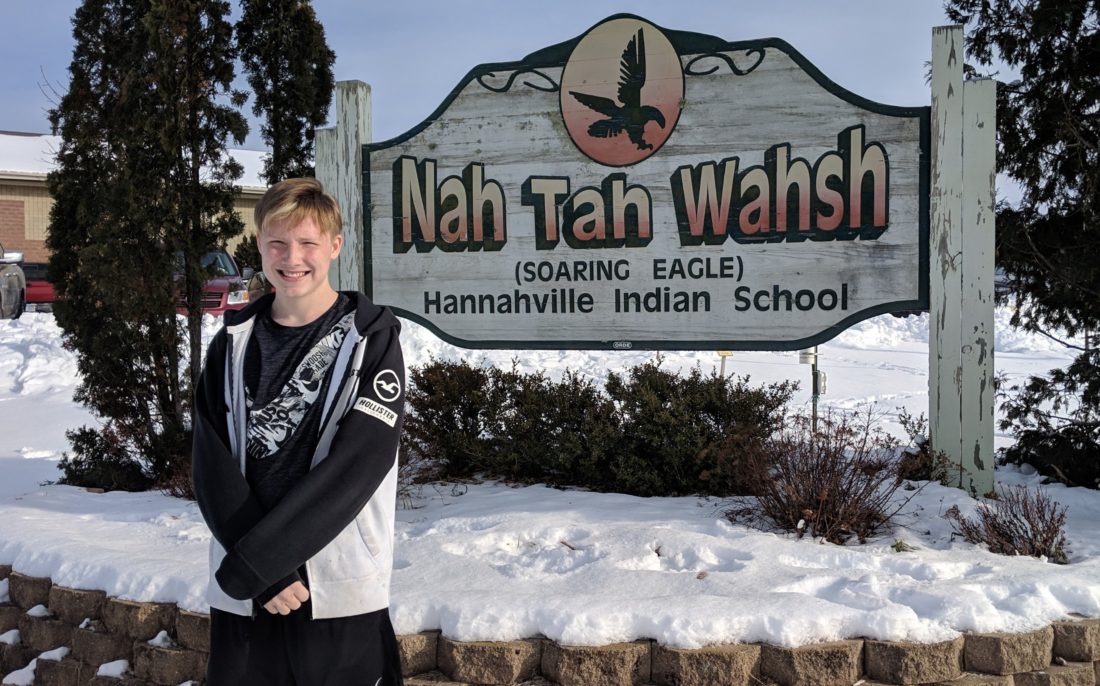 Courtesy photo Ryan Wittig poses for a photo by the Nah Tah Wahsh PSA sign. Due to his academic excellence, Wittig was nominated for the National Academy of Fuure Physicians and Medical Scientists Award.

HANNAHVILLE — Ryan ­Wittig, a high school student at Nah Tah Wahsh PSA/Hannahville Indian School, was recently recognized for academic excellence. Due to this recognition, he was nominated for the National Academy of Future Physicians and Medical Scientists Award of Excellence and, if he accepts, will be a delegate representing Nah Tah Wahsh and the state of Michigan at the Congress of Future Medical Leaders.

The three-day event will be held June 23-25 in Boston, Mass. Wittig was selected not only for his outstanding academic record, but for his leadership potential and his desire to contribute to the profession of medicine.

In order to prepare for this event he is working hard to maintain his GPA. When asked how he felt, he said, “I was really happy and surprised. Hard work pays off.”

Ms. Thoune, the high school science teacher at Nah Tah Wahsh, stated that she was ecstatic that he is getting to experience this event. This conference may well set the stage of his future career.

“I know Ryan works hard. If someone has a dream you want to help them achieve it,” said Wandahsega.

APPLETON, Wis. — The Bay-Lakes Council of the Boy Scouts of America recently released the results of its virtual ... 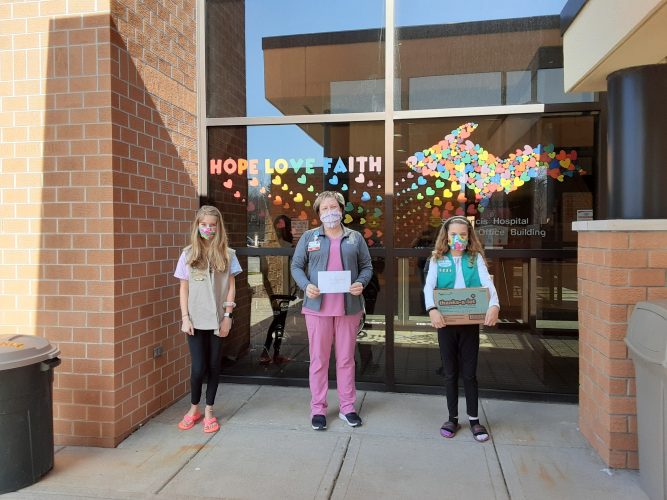 Dear Readers: Today’s SOUND OFF is about equal pay for equal work: “Dear Heloise: Yesterday I discovered that ...