U.S. Open does away with qualifiers 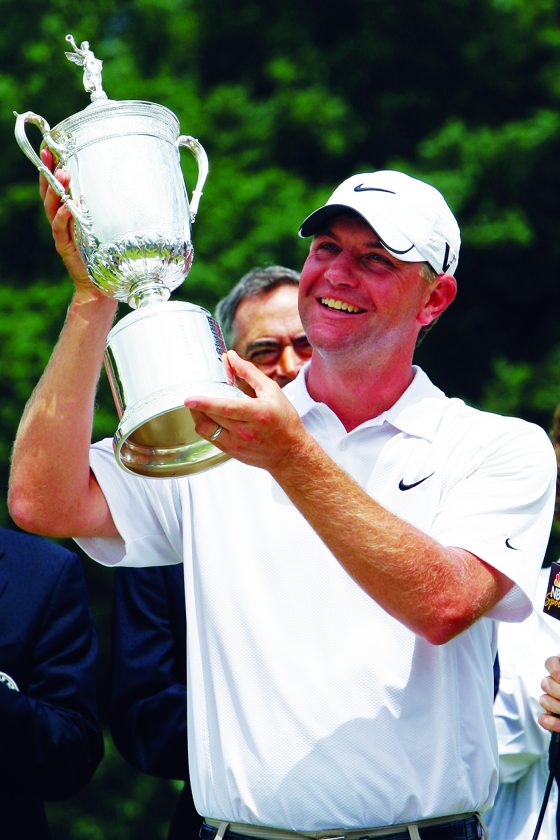 AP photo In this June 22, 2009, file photo, Lucas Glover holds his trophy after winning the U.S. Open at Bethpage State Park’s Black Course in Farmingdale, N.Y. The COVID-19 pandemic, which already has postponed the U.S. Open from June to September, has forced the USGA to do away with qualifying for the first time since 1924.

The COVID-19 pandemic, which already has postponed the U.S. Open at Winged Foot from June to September, has forced the USGA to do away with qualifying for the first time since 1924.

It even invested in a marketing campaign that was rolled out in February titled, “From Many, One,” to illustrate that more than 9,000 people apply to play in the U.S. Open, eventually yielding to one winner.

The USGA did not announce Monday how other players would become exempt.

Among those who have yet to qualify is Phil Mickelson, a runner-up six times in the only major he hasn’t won.

Mickelson said in February he would not ask the USGA for an exemption, and that if he didn’t qualify or become exempt, he wouldn’t play. Winged Foot is where Mickelson made double bogey on the final hole in 2006 to lose by one.

The field presumably will be smaller because of the later date, though the USGA did not mention the field size in its April 6 announcement that the U.S. Open was moving to Sept. 17-20 at Winged Foot, in Mamaroneck, New York.

“As you can imagine, this was an incredibly difficult decision, as qualifying is a cornerstone of USGA championships,” said John Bodenhamer, senior managing director of championships for the USGA. “We take great pride in the fact that many thousands typically enter to pursue their dream of qualifying for the U.S. Open and we deeply regret that they will not have that opportunity this year.”

The USGA said there would not be qualifying for three other championships it will hold this year — the U.S. Women’s Open (moved to December in Houston) and the U.S. Amateur and U.S. Women’s Amateur, both still scheduled for August.

When the U.S. Open was postponed, 50 players were exempt through various categories, such as past champions the last 10 years or top 10 from last year’s U.S. Open, major champions from the last five years and the top 30 players who reached the Tour Championship last year.

The pandemic shut down golf on March 13, two months before the top 60 in the world ranking would have been exempt for the U.S. Open. The world ranking has been frozen since the shutdown. It was unclear when it would resume because while the PGA Tour is to resume on June 11, circuits in Europe, Japan and Asia have not said when they would return.