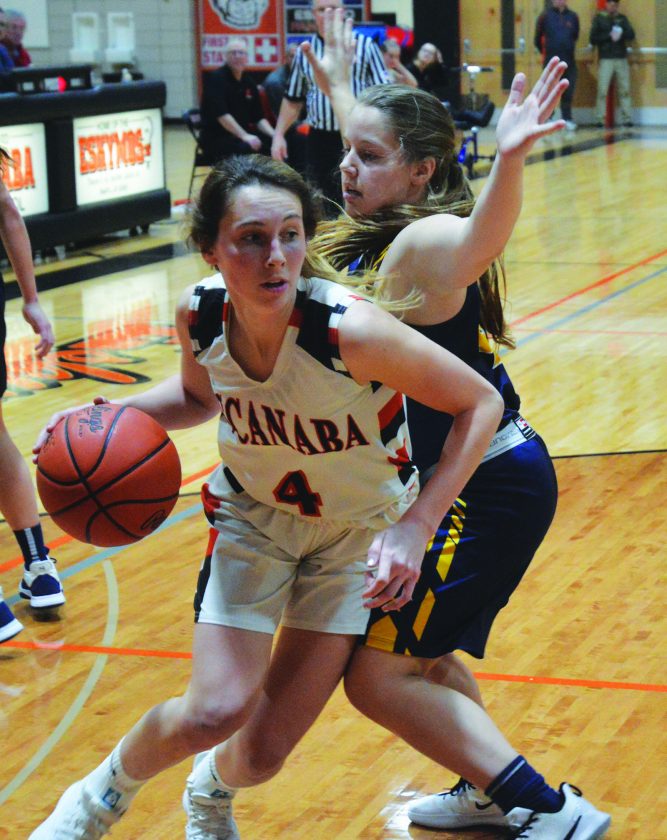 ESCANABA — Nicole Kamin continues to add to her basketball resume.

After leading a young Escanaba team to a 13-8 record and its first district title in 20 years, Kamin was named to the Associated Press Division 2 all-state second team Wednesday.

“I wouldn’t trade Nicole for any player in the U.P.,” Esky coach Mike Beveridge said. “Her skill set is unmatched. It was fun to watch her grow throughout the season and help lead our team. As good as her game is, she’s going to continue to develop and grow into an even better player next year, and she’s going to do great things in her college career (at Grand Valley State).”

“Due to her skill set and size, she has become one of the most individually prepared for players across the U.P. — if not the most,” Braves coach Andy Cretens said. “She demands at least a double team every time she touches the ball with her back to the basket. If teams decide not to double, she scores at a high rate. Not only is she tough to stop down low, she can can also step out and consistently knock down a mid-range shot.”