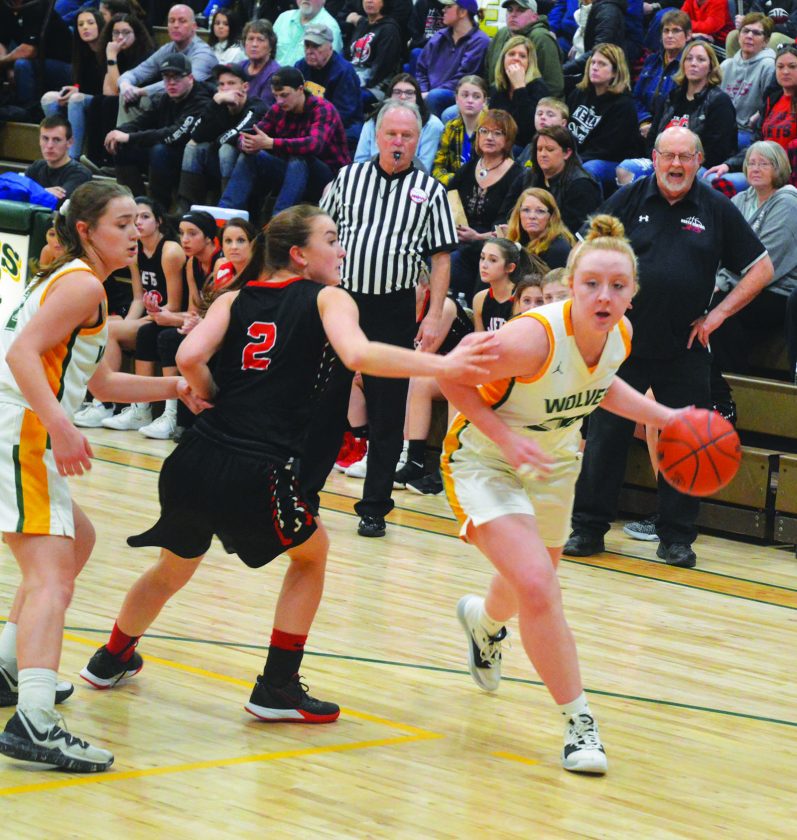 CARNEY — It’s not often you would consider a 32-30 basketball game a great game.

But when you consider it was a district opener between two arch-rivals who gave it everything they had and it came down to the final shot, it makes it worthy of checking in at No. 6 on this list.

Carney-Nadeau and North Central have a history of meeting each other and playing classic games in district tournaments, and this contest played March 2 in Carney was no different.

The upset-minded Jets entered the game having lost four of their last five, and they were facing a Carney team that had just won 14 straight before losing to North Dickinson in its season finale.

But when the ball was tipped, none of those things mattered.

Despite not scoring a single point in the first quarter, the Jets trailed just 4-0 at the end of the period and 14-11 at halftime by playing tenacious defense.

“I thought we played really great defense,” Jets coach Lee Vincent said afterwards. “We did our best. We made some bad mistakes at times, but other than that (I thought we played pretty well). I’m proud of the girls. They were awesome.”

By the end of the third quarter, Bree Arsenault gave them their first lead at 19-18 on a triple from the right wing.

Thankfully for the Wolves, Tessa Wagner came to the rescue in the fourth quarter, scoring through contact numerous times and giving them a 26-20 lead midway through the period.

Still, the Jets found a way to keep scrapping, pulling within 32-30 on a free throw by Alex Neville with 23 seconds left.

After Sandra Boulton missed a pair of free throws on the other end, Hailey Pavlat had one last chance to win the game for the Jets, but her 3-pointer banked off the backboard and rimmed out at the buzzer as the Wolves just barely held on.

“It feels great,” C-N coach Ken Linder said with a look of relief. “It was a tough game. They were really physical and they did a great job on the defensive end. They deserve a lot of credit.

“They really got after us but we play defense, too. We got after them. That’s where we won the game and that’s what I told the girls after the game. We struggled offensively, but we won that game with defense.”

Wagner led all scorers with 18 points. Neville and Arsenault each had 12 for the Jets.

The Wolves would go on to beat Stephenson in the semis and then top North Dickinson for their first district title since 2006.

After the Jets’ valiant upset effort came up just short, Vincent announced he would be stepping down after their 11-10 season.

“It’s a great bunch of kids. I had a lot of fun with them,” he said. “I’m proud of these girls. I know it’s my last year, so I’m going to miss them all. They were great kids to coach and be around. I will be there watching them (next year).”

The dark hole of debt