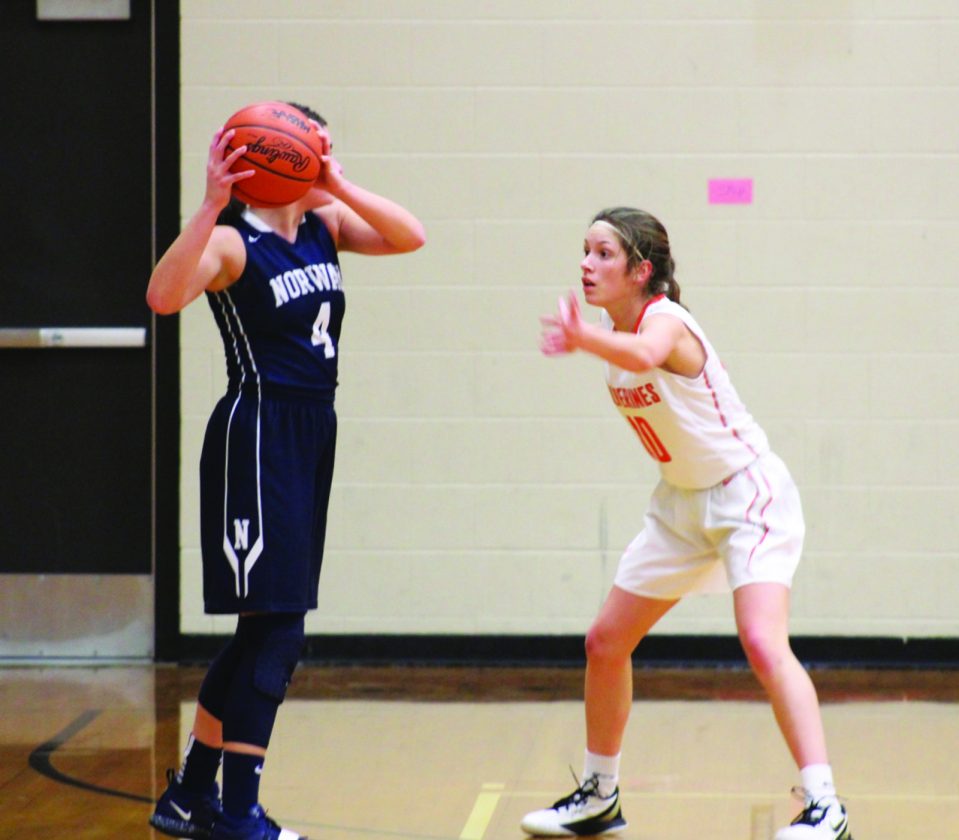 Daisy Englund scored 19 points for the Wolverines, who led 24-18 after the third quarter of this Skyline Central Conference matchup.

“She was the only one who was hitting,” said Mid Pen coach Phil Croasdell. “Daisy had heck of a game. They put a box-in-one on Kennedy (Englund) and Daisy kind of carried us tonight. Camryn (Croasdell) shot well and did all her scoring in the fourth quarter and we were 8-of-8 from the line at crunch time.”

Kassi Gyselinck hit 16 points and Danae Anderson had 10 for the Knights.

“We played a pretty clean game,” said coach Croasdell. “We just had kind of an off shooting night. They played some tight defense on Kennedy. We told the girls we can’t take them for granted. They’re a good team. They’ve been in some close games.”