GWINN — The fourth-ranked Escanaba boys broke out of the gates quickly here Tuesday night in a 79-46 non-conference basketball triumph over the Gwinn Modeltowners.

“We got off to a great start,” said Esky coach Tracy Hudson. “We mixed our defenses and jumped on them hard. I thought it was a great team effort. We had eight guys who scored.”

“Colin had probably his best game of the season,” said coach Hudson. “I think he’s getting more comfortable on the floor. Brandon Frazer did a good job running our offense. Peyton had a great season and tonight he had a great game for us. We feel he’s back on track. We have a lot of different guys stepping up.”

James Harnick scored 17 points for the Modeltowners, who dropped to 3-14.

The Eskymos played without Justin Marenger, who was out with a broken elbow.

“We played a lot of young guys,” said coach Hudson. “This was kind of a trap game for us.

“It was a very physical game in the second half. I thought our supporting cast contributions were big. We spread the ball around and shot very well. Only, we need to get our turnovers down for Friday.”

Esky, which dropped the JV game 48-32, closes its regular season at Gladstone Friday. 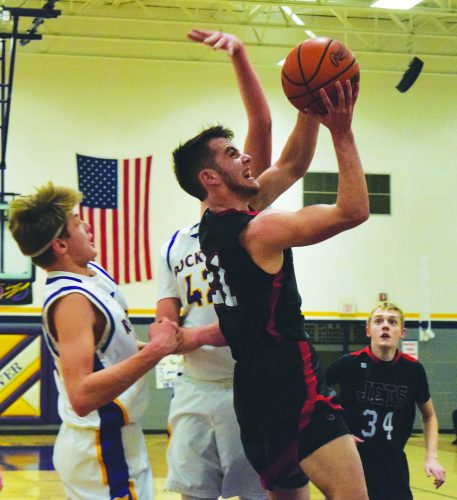 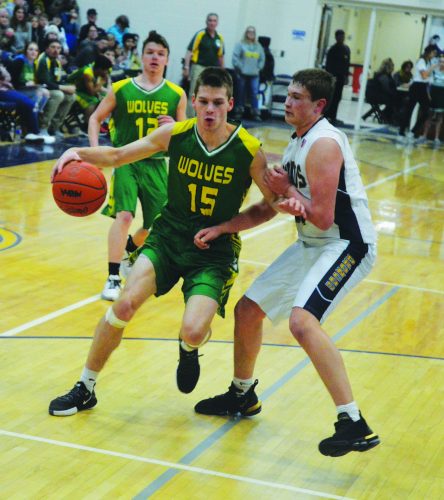 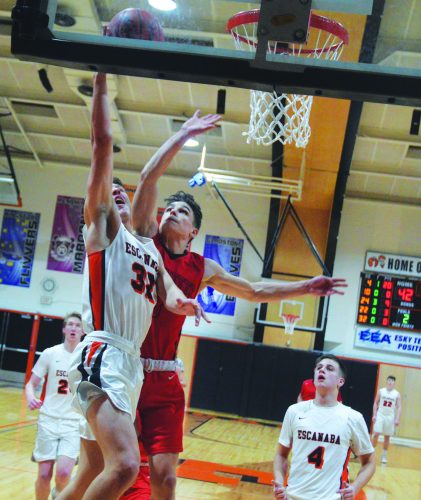 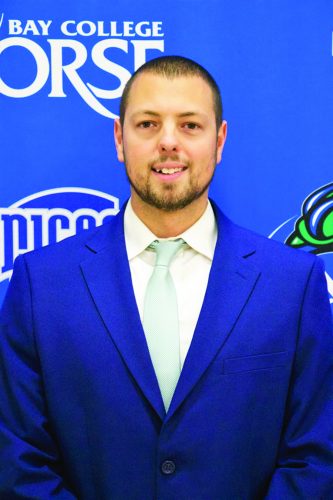 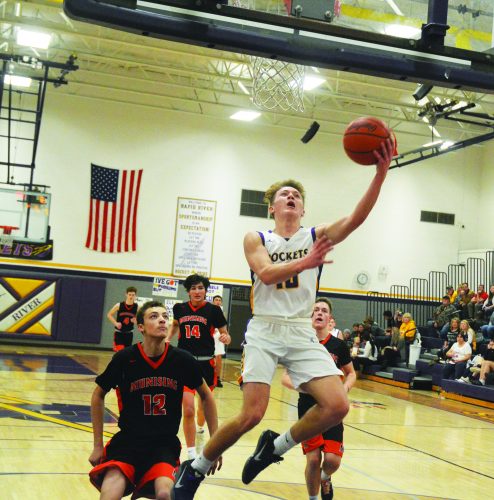