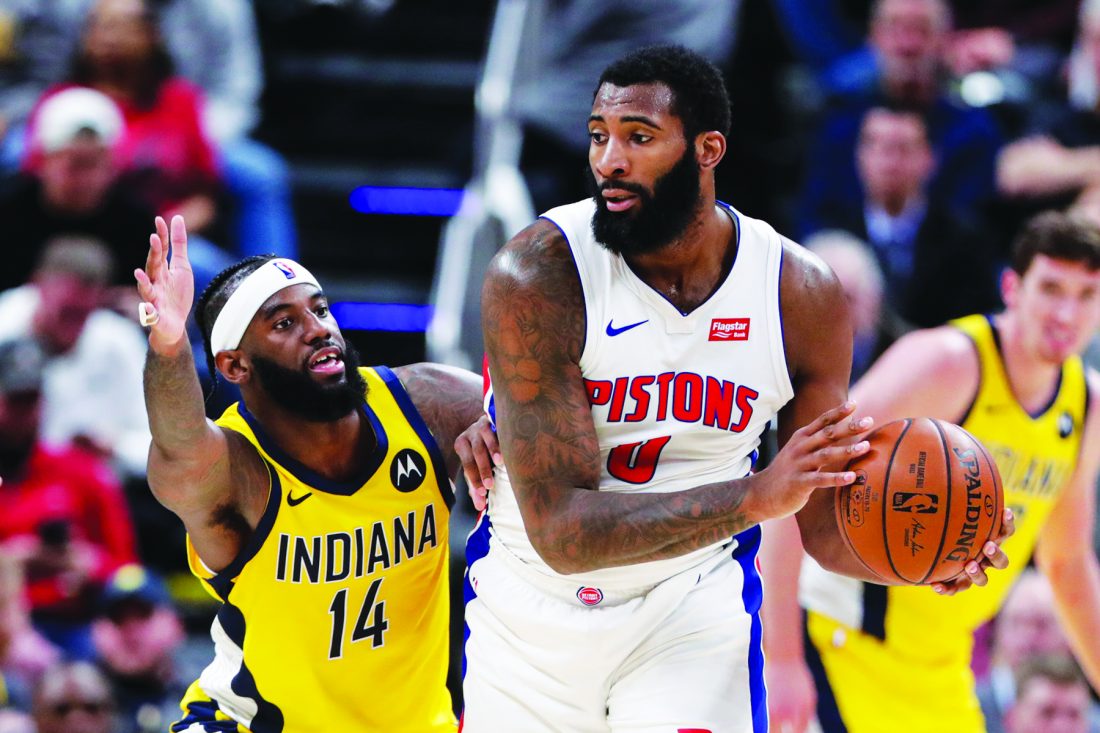 INDIANAPOLIS (AP) — A next-man-up mentality is keeping the Indiana Pacers competitive despite a rash of injuries.

T.J. McConnell was the key for the Pacers on Friday night in a 112-106 win over the Pistons that moved Indiana above .500 for the first time this season.

Playing all but two minutes of the fourth quarter, McConnell, the backup point guard, finished with 17 points, nine assists and five rebounds on a night the Pacers played without four members of their rotation.

“We’ve got to hold down the fort until those guys get back,” McConnell said. “I’ve been a guy the last five years who hasn’t tried to go outside the box. I had the lane, and I took it.”

All-Star Victor Oladipo, starting center Myles Turner and his backup, Goga Bitadze, and sixth man Jeremy Lamb were out due to injury. Detroit had already beaten the Pacers twice this season. And then the Pacers fell behind by 15 points in the first quarter.

None of that fazed Indiana, which ranks in the top half of the league on defense.

“Defense is how we win games,” said reserve Justin Holiday, who chipped in 16 points and six rebounds. “That’s our identity. We’ve been playing defense.”

That has helped the Pacers go 5-1 since starting the season 0-3.

“Our chemistry is growing,” said Domantas Sabonis, who finished with 17 points, 14 rebounds and six assists. “Coach (Nate McMillan) runs a great system that is easy to run, no matter who is on the court.”

Drummond had averaged 25 points and 20.5 rebounds in the two wins against the Pacers.

They finally found a way Friday to slow the two-time All-Star — foul trouble.

Drummond picked up his third foul near midcourt with 4:31 remaining in the first half and sat the rest of the way. Indiana outscored the Pistons 14-2 in that span and led 57-53 at intermission.

“I told Andre you can’t pick up your third foul at half court,” Detroit coach Dwane Casey said. “He wasn’t thinking in that situation. Just a bad foul that put us in a tough position, and he knows it. He felt bad about it.”

The Pacers then opened the third quarter on an 11-2 run, causing Casey to use a timeout. Shortly after play resumed, two more baskets stretched Indiana’s lead to 17, and the Pistons never got closer than six.

McConnell, whose point total was one shy of his career high, spearheaded a bench effort that accounted for 51 of the Pacers’ points on a night the team shot at least 50% from the field for just the second time this season.

“(McConnell) made the difference,” Casey said.

In his pregame media session, Casey expressed a degree of frustration in how the league is officiating screens and pick-and-roll plays.

“It changes every possession, maybe every game, what’s legal, not legal,” Casey said. “Whether you can stick your butt out, or if you slide to your right, use your hands to push off, all of the above, we have to have some clarification. It’s very difficult because those are split-second decisions.”

Pacers: Warren was assessed a Flagrant 1 for his offensive foul with 2:15 left in the contest. Making both free throws off the flagrant, the Pistons added a 3-pointer for a rare five-point possession. … Sabonis added 14 boards and six assists. … The team’s video board showed former NFL quarterback Trent Green in attendance. Green played college football at Indiana in the 1990s. He received a round of applause.