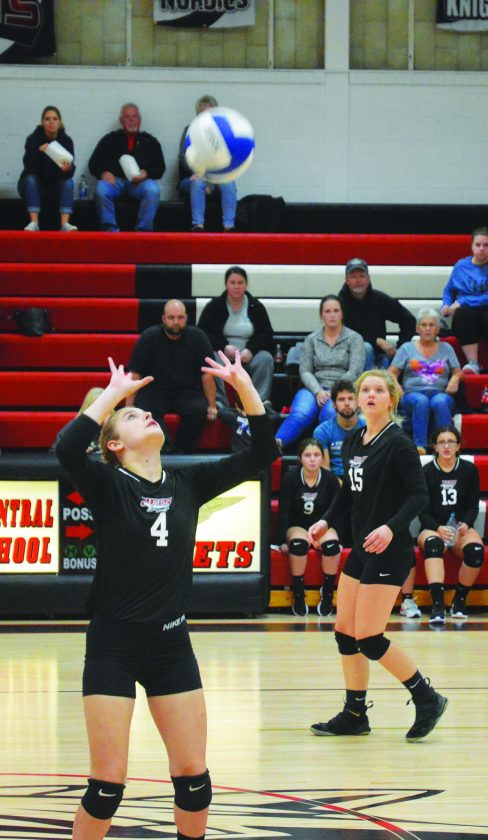 POWERS — Sometimes in volleyball all you need is a little bit of momentum. That proved to be the case here Monday as the Munising Mustangs overcame a sluggish start to win the first set and carry that momentum to a 3-0 (26-24, 25-19, 25-17) sweep of North Central.

The Mustangs (3-8) created some separation in the first set after the score was tied 9-9. A few points later, Ainsley Bonevelle went on a five-point service run to turn a 14-12 lead into a 19-12 cushion.

However, the Jets (0-11) fought back and tied the score at 21 after an ace by Andie Arsenault. The Mustangs called timeout to regroup and scored the next three points, but a service error gave possession back to the Jets. Back-to-back points behind the serving of Jasmine Walters tied it again at 24, but Munising hung on after a Jets’ hit out-of-bounds and a kill by Taylin Behning.

“I just felt all night our effort was kind of inconsistent, so it was good to see us closing out that first set,” Mustangs’ coach Josh Cole said. “Closing sets in general was good to see tonight as far as effort. We definitely need to stabilize that effort and be more consistent throughout.”

Each team traded short service runs early in the second frame to knot the score at 13. The Mustangs created some separation to gain a 20-15 advantage before the Jets pulled within 21-19. Munising then got possession back and finished the set with a three-point run by Logan Peters.

“I felt like until halfway through that first set we never had any life. It took that comeback for them to start gaining life again. It was just unfortunate — the gym was quiet and it was just strange,” Jets’ coach Rick Mick said. “That being said, we hung in there. I don’t think Munising had their best tonight, but at the same time I’d like to think that maybe we were the cause of that. Our team gets better every day, and they got better again tonight. I think if that first game goes different, maybe they all go different.

“The second game we were there, too. We were right there until the end. It’s tough to lose a game when you’re that close.”

The Mustangs led 9-8 in the third set before Behning went on a five-point service run. Back-to-back aces made it 14-8, forcing the Jets into a timeout. North Central again fought back and pulled within 15-13 on a kill by Arsenault, but the Mustangs maintained their lead until it was 23-17, setting the stage for Sophia Rolfe to finish the match with back-to-back aces.

Munising finished with 19 aces as a team.

The Jets are getting closer to that first win, but will need to execute better to pull it off.

“We’ve been working on a couple weaknesses of ours in practice, and one of them I think got better tonight,” Mick said. “Unfortunately, where one of them is strong and one of them is weak, it kind of flip-flopped. One girl that was weak in one area was better, and another girl that we never worry about in that area was putting the ball into net … so it was tough.” 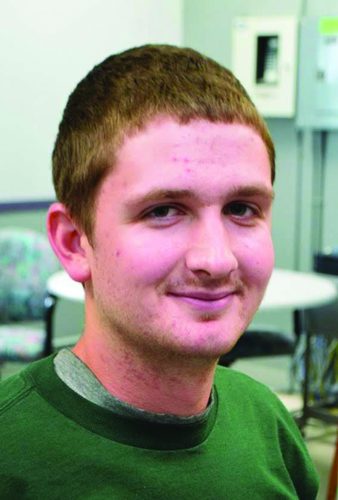 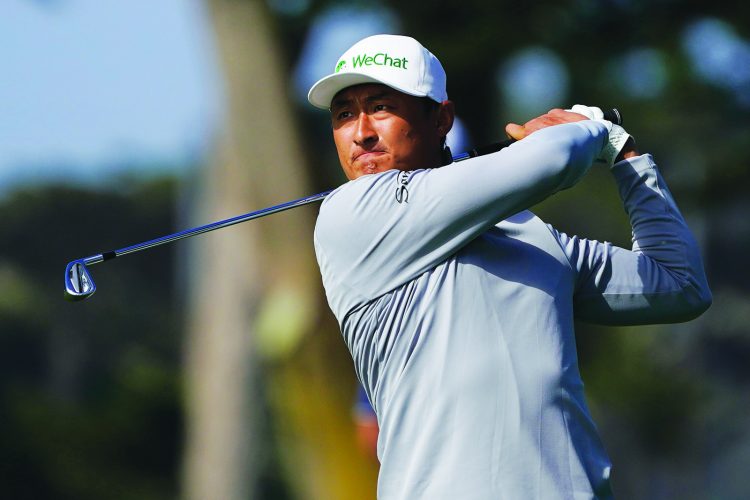 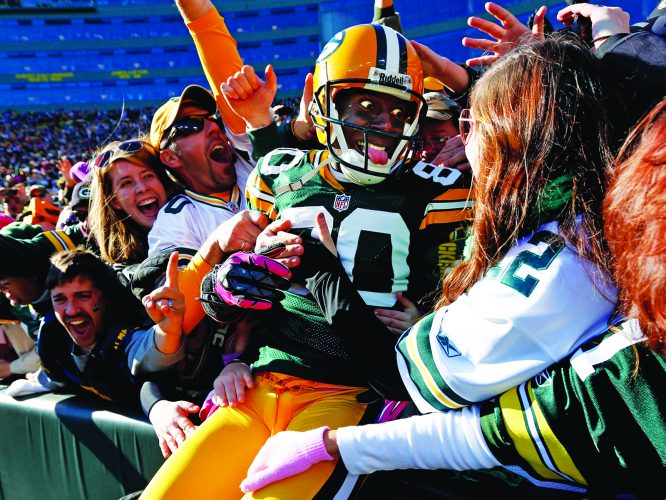