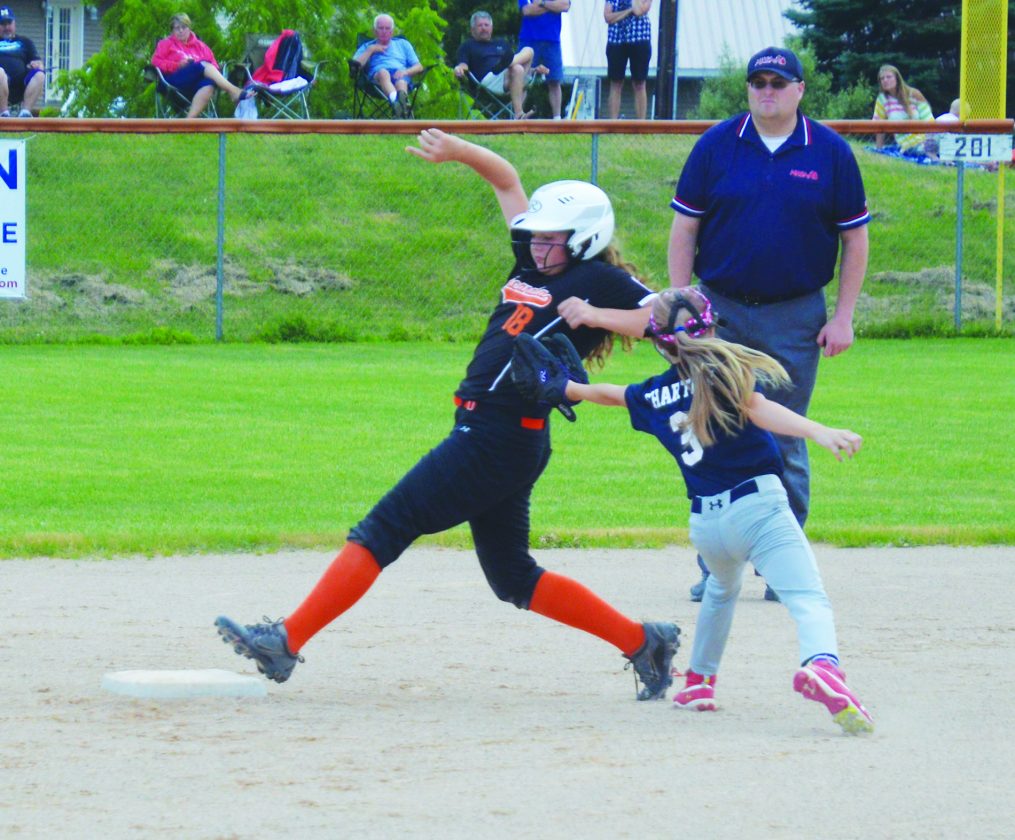 “It was a totally different story today (than Monday’s 3-2 loss to Norway),” Escanaba manager Justin Jacobsen said. “We worked on some things before the game, and it showed. It really helped big time.”

Escanaba took an early lead to pull away during the first half of the game. In the bottom of the first inning, Esky notched two runs thanks to Chloe Dubord scoring on a passed ball and Breeleigh Reinhart crossing home on a wild pitch. It added two more in the bottom of the second on another wild pitch and a throwing error and two again in the third to lead 6-0.

“They can move around and score on a wild pitch,” Jacobsen said. “Once you get a big lead, it helps kind of throw the other team off a little bit too.”

Norway got its first hit in the top of the fourth after Escanaba pitcher Landry Bray forced three straight three-and-outs the first three innings.

“We weren’t on top of our game today,” Norway manager Jeff Gilroy said. “It took us a couple innings to get going, but by then, it was too late.”

Jolie Seidel singled on a fly ball for Norway’s first hit, then stole second. Following that, Jordyn Moln singled on a ground ball to score Seidel and give Norway its first run. Moln advanced to second and third on a wild pitch. She crossed home on another wild pitch to chop Norway’s deficit to 6-2.

Bray, who pitched a complete game to earn the win, re-established her control on the mound and only gave up two walks the last two innings.

“Landry pitched a great, full game,” Jacobsen said. “She kept her head in it whenever they scored or had baserunners, so I was happy with that.”

Seidel took the loss for Norway over five innings.

Tonight’s championship game is dependant on weather conditions. If the game is cancelled, it will be moved to Saturday at 10 a.m.

“I just told them to be ready,” Jacobsen said. “It’s going to be the same team, and we know what we have to do now. We’ll be doing the same thing before the game that we did today, and hopefully it’s the same outcome.”

Gilroy is confident in his team.