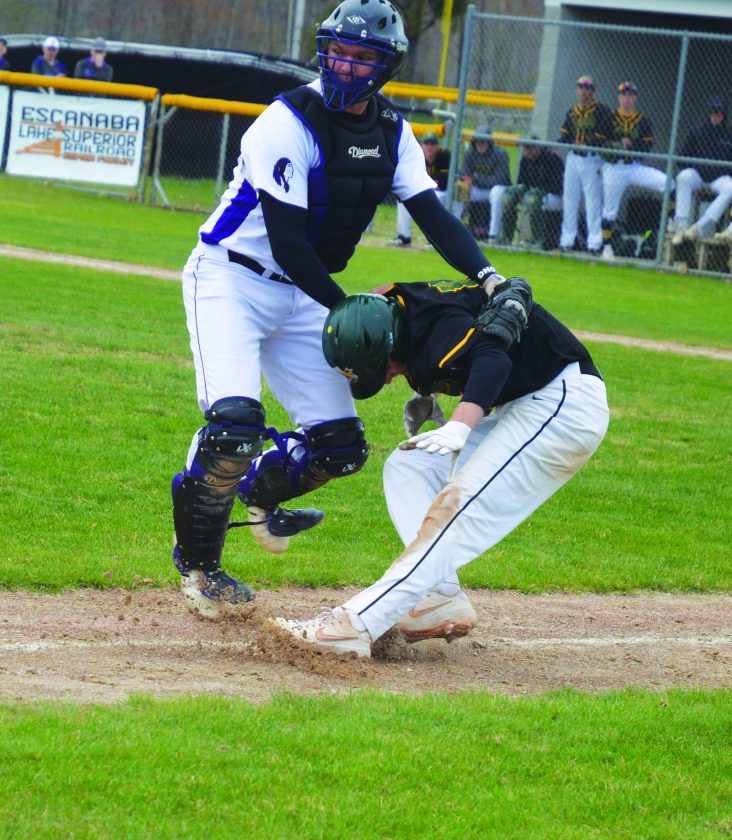 GLADSTONE — Beefing up the back end of the schedule before districts is exactly what Green Bay Preble and Gladstone try to do. The two baseball teams met up on the diamond here Friday evening in their regular season finales, with the Hornets coming out on top 7-1.

The star of the game was Green Bay junior pitcher Max Wagner, who’s committed to play at the University of Clemson.

Wagner helped his own cause by getting the Hornets on the board right away in the top of the first on an RBI double to right-center field. After the Hornets added a run on an RBI double by Bryce Miller in the second, Wagner fouled off numerous off-speed pitches from Gladstone’s Jared Crow before belting a fastball over the fence in left for a two-run homer and a 4-0 lead.

“Our m.o. is to string quality at-bats together,” Hornets’ coach Andy Conard said.

“I thought on a couple of our run-scoring extra-base hits we drew walks in front of those — the Wagner double in the first inning and the home run in the third inning. Every time we get guys on base, we tell them you’re going to have chances to score runs if you get on.”

The Hornets (21-3) tacked on two more in the fifth on an RBI double by Zach Renier and a Gladstone throwing error. The Hornets scored their final run in the sixth on an RBI single by Josh Nicklaus to make it 7-0.

The Braves (24-7) got on the board with a solo shot to right by Dan Martin to lead off the bottom of the sixth.

“Once again, it was another slow start for us,” Braves’ coach Kelly Shea said. “I know the pitching had a lot to do with it, but we still didn’t have very aggressive swings at the plate. The second time we got through the lineup, I thought we hit the ball hard a couple times. We haven’t faced that type of pitching with that speed yet, and it showed. They were by far the better team.”

Wagner earned the win over 5 2/3 innings, allowing just one run on three hits while striking out nine and walking two.

“He’s a guy that’s always in control of himself out there. He has a plan of how he wants to attack hitters, and he’s able to reach back for an extra gear when he really needs it when there’s traffic on the bases,” Conard said. “I thought he threw a really good game and got ahead of hitters, but I thought their guys fouled off a lot of pitches and got his pitch count up, forcing us to get him out at the end.”

Nicklaus pitched 1 1/3 innings of scoreless ball to close it out.

Crow took the loss for the Braves, surrendering six runs (five earned) on six hits while walking five and fanning two. Drake Forrest pitched the final two frames, allowing one run on one hit while punching out two and walking one. Martin, Carson Shea and Caden Alworden had the lone hits.

Both teams now turn their attention to districts next week. Coach Shea is confident his team will shake off the loss and bounce back.

“We’re confident that we should do well in the districts, and then keeping working our way to the regional,” he said. “We’re still fine, we’re still in good shape. They’re a good team, but it was a wake-up call for us. It shows that we still have some work to do. Just because we won the conference doesn’t mean it’s going to be a cakewalk to Michigan State. We know we have more work to do.”

After the Braves had gone on the road to play Preble in the past, Conard was happy to return the favor.

“We really enjoyed our trip up here. I used to coach at Notre Dame, and now at Preble, and we’ve played Gladstone for a lot of years. We’ve always played great games with them, and I just felt like it was time for us to make the trip up here,” he said.

“Most importantly, we always like to play against quality competition, and we enjoy our competition against Gladstone because we know they’re going to be good games against high-caliber competition.” 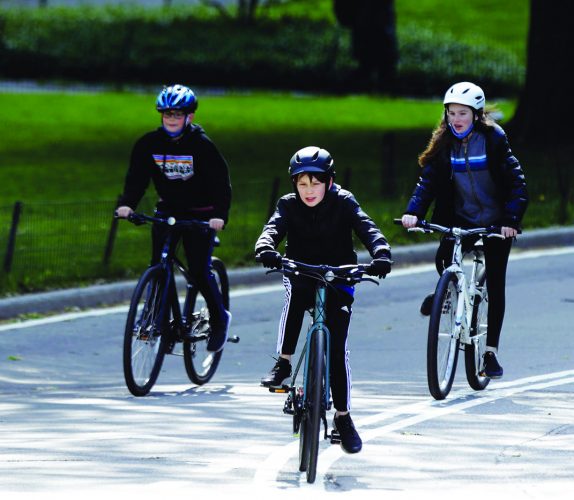 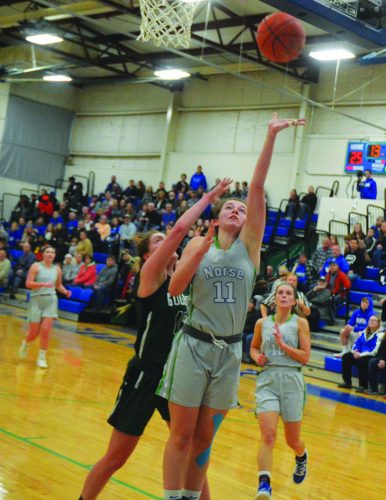