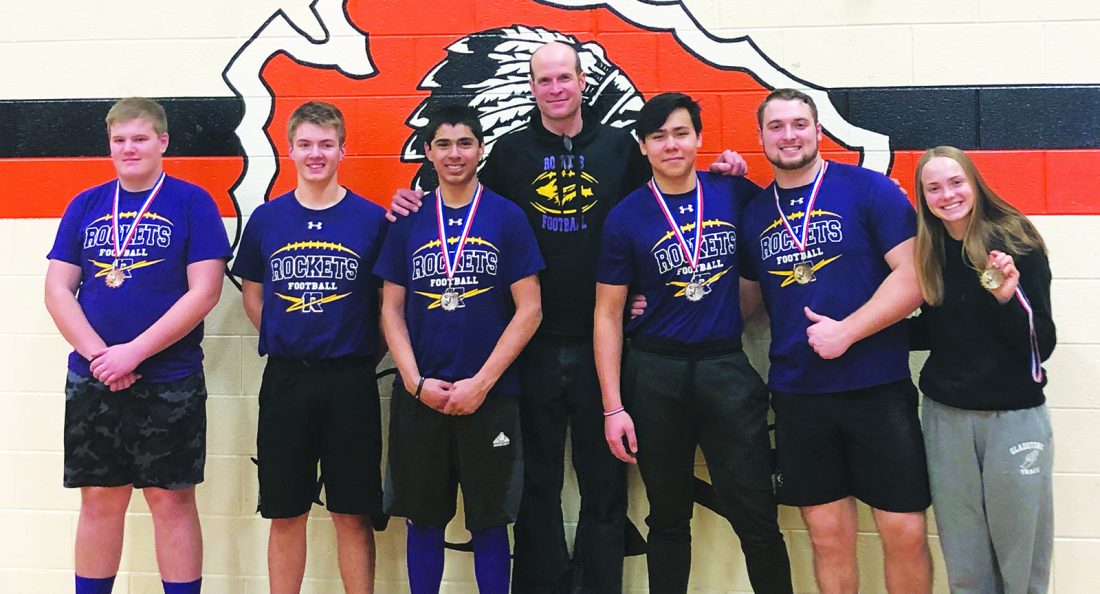 Charlie Guenette took second in his division with a 235 squat, 115 bench, and 230 deadlift.

In their respective divisions, Clay Eichorn was third and Blake Stenberg took fourth.

In the women’s division, Gladstone’s Ahna Larson was first in her class and the second place overall female with a 170 squat, 105 bench, and 225 deadlift for 500 points. Ahna tied for second with Stephenson’s Amanda Starzynski.