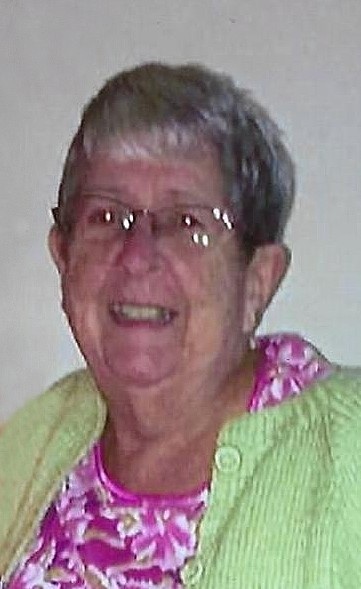 ESCANABA — Phyllis Lorraine Ohman, 92, of Escanaba, passed away Thursday evening, May 21, 2020, at home surrounded by family. She was born on Dec. 15, 1927, in Escanaba, the daughter of William Elliott and Charlotte Dufresne. Phyllis was raised and attended school in Escanaba where she graduated from high school in 1946. The former Phyllis Elliott married Donald Ohman on Aug. 13, 1949, in Escanaba and he preceded her in death on Sept. 1, 1990. Together, the couple shared 41 years of marriage and raised two sons, Stephen and Thomas. Phyllis began her working career as an operator for the Michigan Bell Telephone Company for over 20 years. She then worked at Doctor’s Park as a secretary for a few years before being employed as a secretary for the Social Security Administration until her retirement. Phyllis was a long-time member of St. Stephen’s Episcopal Church in Escanaba, volunteered at both Franklin and Lemmer Elementary Schools in Escanaba, and also volunteered at the front desk at OSF St. Francis Hospital. Phyllis greatly enjoyed working on her ceramics, knitting, and gardening. She was very proud to have organized and put together the American Legion baseball concession stand where one would often see her working.

In addition to her parents and husband, Phyllis was preceded in death by 13 brothers and sisters.

Private family funeral services will be held at St. Stephen’s Episcopal Church in Escanaba with Rev. Sue Ray officiating. The Anderson Funeral Homes are assisting the Ohman family and online condolences can be sent at www.andersonfuneralhomes.net.