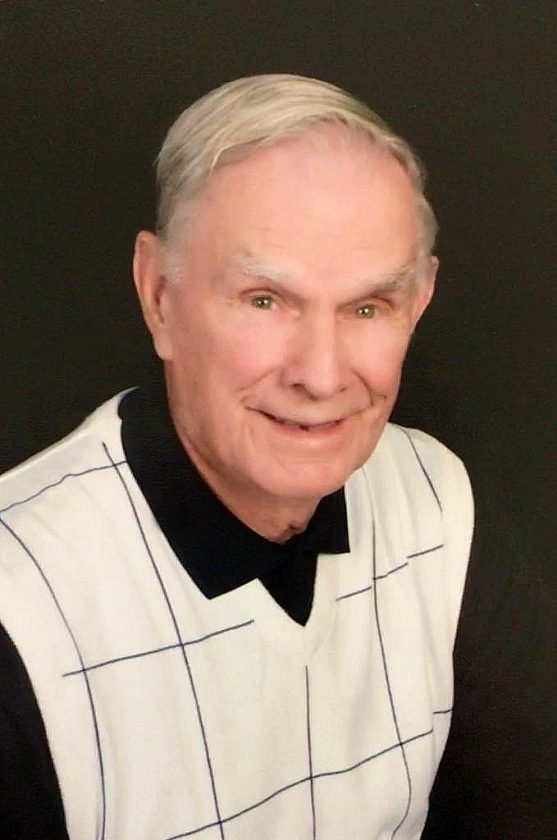 GLADSTONE — Loren James Wulf, age 87, of Gladstone, passed away Monday evening, June 1, 2020 at Bellin Hospital in Green Bay, Wis. He was born on Jan. 26, 1933 in Davenport, Iowa, the son of Raymond and Ereana (Hintze) Wulf. Loren was raised and attended school in Davenport where he was a state champion on the track team. He graduated from Davenport High School in 1953 and received a track scholarship to the University of Iowa. Loren worked at Oscar Meyer in Davenport until he enlisted in the U.S. Army in 1952 and served 18 months in Korea until he was honorably discharged in 1955. After returning home, Loren worked at Riverside Foundry in Bettendorf, Iowa. He then worked as a carpenter for the Danielson Construction Company in Davenport, Iowa. His first job with the construction company was roofing a huge cattle barn. Loren’s second job was building the first A&W Restaurant in Davenport. He was employed with the Danielson Construction Company until 1959 when Loren and his friend branched off to start their own business, naming it the 4 Star Construction Company. Their first jobs focused on working with insurance companies with the rebuilding of structures. They later were contracted to build a neighborhood of track homes. Loren married the former Jackie Lindahl on June 22, 1957 at St. Mark’s Lutheran Church in Davenport, Iowa. Together, the couple shared nearly 63 years of marriage and raised three children, Kelli, Traci, and Todd. In 1976, Loren and Jackie relocated their family to Escanaba and opened Jose Taco. The family owned and operated Jose Taco for 17 years. In 1995, Loren flew out to Avila Beach, Calif. a few times to work on the Diablo Canyon Nuclear Power Plant building metal scaffolding. He then worked for Tempo Construction in Escanaba and helped build the West Highland Apartments and the Sandhill Townhomes. After the residents would vacate, Loren was also contracted to repaint and fix up the rental before the next tenant moved in. Loren then was employed by the Michigan State Police Post in Gladstone and also the Delta County Credit Union for nine years where he worked on maintenance and repairs until his retirement. Loren was a member of the Gladstone American Legion Post 71, the Fraternal Order of the Eagles in Escanaba (was a Golden Eagle – 30+ year member), and a member of the Terrace Bluff Golf Club. He enjoyed golfing up until he was 85 years old, bowling, taught junior bowling, coached girls softball, and found joy in remodeling and working on the three homes he built in Davenport, Iowa. Loren was a happy person and could always put a smile on someone’s face. He will be deeply missed by his family, friends, and all who were fortunate to have been a part of his life.

In addition to his parents, Loren was preceded in death by his sister, Eudale “Judy” Handley.

Visitation will be held from 1 p.m. to 2:45 p.m., Monday, June 8, 2020 at the Anderson Funeral Home in Escanaba. In respect to the family and guests, those attending the visitation are kindly asked to enter the building on the east side and exit through the back. Graveside Services and Military Honors will follow at 3 p.m. in Lakeview Cemetery in Escanaba with Rev. Terry Frankenstein and the Gladstone American Legion Post 71 officiating. A gathering will be held at the conclusion of the services. In lieu of flowers, the family requests memorials please be directed to the Gladstone American Legion Post 71 or the Escanaba Eagles Club.

The Anderson Funeral Homes are assisting the Wulf family and online condolences can be sent at www.andersonfuneralhomes.net.