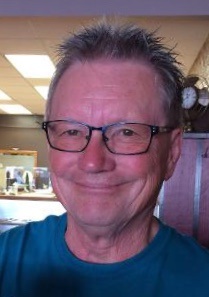 GLADSTONE — Gerald “Jerry” F. Hampton, 72, of Gladstone passed away in his home on June 23, 2020, surrounded by not only the love of his family but also the love of his extended community.

Jerry was born Sept. 23, 1947, in Laurium, Mich., the youngest of Joseph and Beryl (Chenhall) Hampton’s five children. He dedicated his professional life to elementary education as a teacher, principal, and mentor, believing that improving the lives of the youngest children was vitally important. His contributions to the educational world cannot be measured. In addition to Jerry’s professional contributions, he also found joy in his music — singing with the Ecumenical Choir, with the Remnants locally, and as a quartet with his brothers. Jerry’s greatest joys came from his family, especially the grandchildren of whom he was so proud. He was also a longtime member of the Memorial United Methodist Church in Gladstone.

He is preceded in death by his first wife Kay (Janeway) Hampton, parents, brother Peter Hampton, and sister Shirley Seppi.

The family will receive friends on Saturday, June 27, from 11 a.m. to 2:00 p.m. at the Memorial United Methodist Church in Gladstone. Due to COVID restrictions, private family memorial services will follow at 2 p.m. with Pastor Cathy Rafferty officiating.

Everyone attending is asked to wear a mask and practice social distancing.

In lieu of flowers, donations to Big Brothers, Big Sisters of Delta County or Memorial United Methodist Church in Jerry’s honor would be appreciated.

The family is being assisted by the Skradski Funeral Home in Gladstone.

For additional information or to leave the family a message of condolence, go to www.skradskifuneralhome.com.