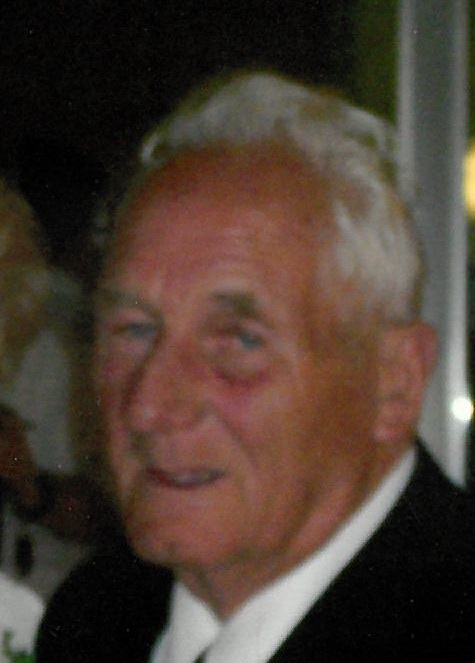 He was born in Masonville on March 23, 1934, the son of William and Isabelle (Deneau) Froberg. He lived all his life north of town at Froberg’s Ville.

Jack married the love of his life, the former Patsy Sexton, on June 6, 1959. Together the couple raised two daughters at the family home that Jack built. This past summer the couple celebrated their 60th wedding anniversary.

As a young man Jack loved to hunt and fish. He continued with these interests the rest of his life. He was a man who loved his family and taught them to love hunting and fishing also. Summers were spent traveling around with the truck camper, with his boat behind. He always tried new places for fun and adventure. Another family sport for winter was snowmobiling. Many weekends were spent traveling around the area. Many wonderful memories were made over these early years.

In between all this fun came the family mini farm. Starting with a pig, then chickens, cows and horses. Building a barn as well as houses for all the animals was quite a job and another building was added for the boat and equipment. A nice garden was added for fresh vegetables and apple trees and flowers were planted over the years as well.

Jack began his career in the wood working industry at “Mattson’s Mill” in Kipling. His next job was at the “Early American Fence Company.” He worked at the same location in Bay View for the same company as it changed names and products over the years. Next, came the “American Timber Homes” that produced log home kits. Jack was a very skilled man that could do almost anything at the plant. About this time he was promoted to the loading foreman position. He could run the fork lift like a pro and pack a home into a 40 foot enclosed van with ease. Lastly, “Northern Land and Lumber Company” was formed. They produced various wood products. Jack worked in the wood industry for 45 years and retired in 1998.

In later years you could find Jack and Patsy out ice fishing for walleye at the head of the Bay. They each had their own hand built shacks and spent many afternoons fishing and talking on their walkie-talkies.

He was preceded in death by his parents, brothers, William and James Froberg, sisters, Alice Rousseau and Ruth Froberg, brothers-in-law, Glen Anderson and Wayne Lippold and sister-in-law, Dorothy Froberg.

Graveside services will be held at the Rapid River Cemetery by the Skradski Funeral Home.