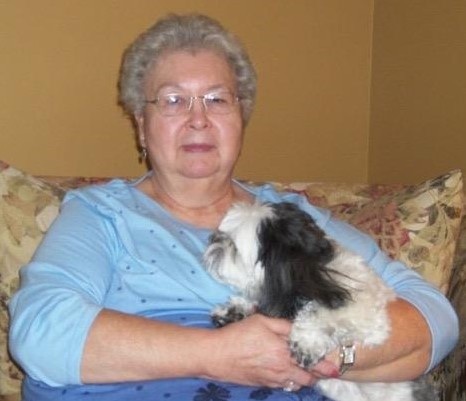 She was born in Wilson on March 20, 1938, daughter of Thomas and Agnes (Wandahsega) Smith. She was raised in Wilson and attended school in Bark River.

She worked at Lucas Plumbing and Heating as a secretary and as an aide at Christian Park Healthcare Center. Her most cherished job was being a homemaker.

She was a devoted member of St. Anthony of Padua Church and also attended St. Thomas the Apostle Church. Her faith was very important to her and said the Rosary as her daily devotion to the Blessed Mother.

Joanne was a member and past president of the Eagles Club and Hannahville Indian Tribe, her heritage was important to her. She enjoyed being involved in senior groups and shawl groups where she made prayer shawls for the elderly and nursing homes.

In addition to her parents and husband, Charles; Joanne is preceded in death by her brother Francis Smith.

A private visitation and then a Mass of Christian Burial will be held at St. Anthony of Padua Church with Rev. Rick Courier officiating. For family attending services, masks and social distancing will be required to comply with the church regulations.

Burial will be in Gardens of Rest Cemetery in Wells.

A card of sympathy may be directed to the family and a memorial will be established at a later date, c/o Crawford Funeral Home, 302 S. 13th St., Escanaba, MI 49829.