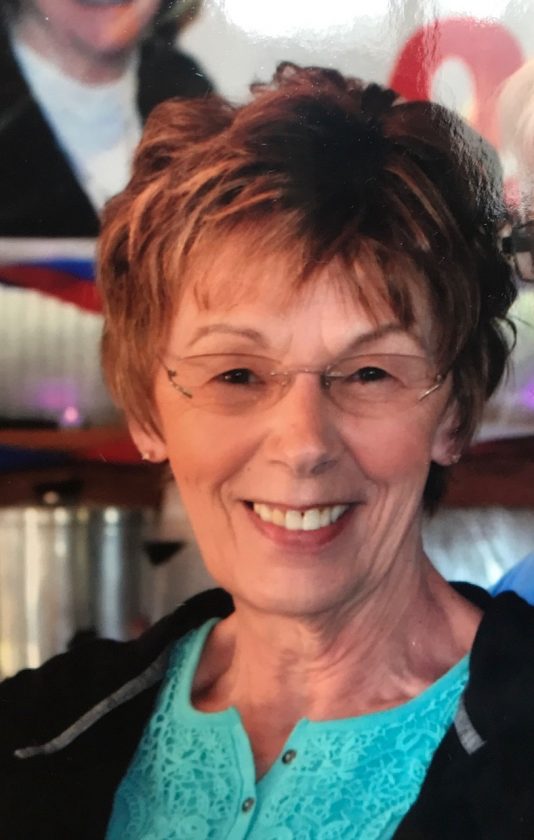 ESCANABA — Jacqueline M. “Jackie” Seymour, 76, of Escanaba, passed away on Tuesday morning, March 31, 2020, after a lengthy illness at home surrounded by her loving family.

She was born on Dec. 22, 1943, in Escanaba, daughter of Emanuel “Darl” and Marie (Revord) Taylor. Jackie was raised in Schaffer and attended school in Bark River and then graduated from Holy Name High School. She also attended Badger Business College in Wisconsin.

As a young girl, Jackie enjoyed being outdoors and playing with her dear friend, Darlene Richer, who preceded her in death. She often said that Darlene and I were just as good as the boys at playing baseball and marbles. She was also an avid lover of cats. As all little girls might enjoy, she liked to dress her cats in clothes and her fondest of them never wavered throughout her life.

Family was her greatest pleasure as she deeply cared for both close and extended family members. She would hold loved ones in prayer in their time of need and truly appreciated when people prayed for her. Jackie’s nature was kind and gentle with a strong backbone and a great business sense. She was thought of as “one classy lady” as she has a strong fashion sense, liked classic styling, and was drawn to understated, tasteful decor which she incorporated in her homes. This style also carried through to the outdoors where she maintained beautiful grounds and flowers. She was a great example of a lifelong learner as she enjoyed researching topics that interested her and sharing her knowledge with others. Jackie was also an excellent cook and baker who enjoyed trying new recipes.

Jackie worked in a variety of businesses during her life as a waitress, cashier, front office manager, with the majority of her career spent as the bookkeeper. She had an exceptional talent for bookkeeping and kept meticulous records for her husband’s business, Clarence Seymour Contracting, which continued through her retirement years.

Jackie’s hobbies included sewing tailored clothing for her family, refinishing antique furniture, and traveling. Her favorite destination was the Panama Canal. Some of her best memories, were simple times like family meals, birthday celebrations and spending time in Whitney at the familes’ camp.

In addition to her parents, Jackie was preceded in death by an infant son, William Seymour; brothers, Harold and Dwaine Taylor; and sister in law, Helen Taylor.

Private graveside services will be held at Sacred Heart Cemetery in the spring followed by a luncheon in Whitney at the families’ camp.

A message of condolence may be directed to the family by visiting crawfordfuneralhomes.net