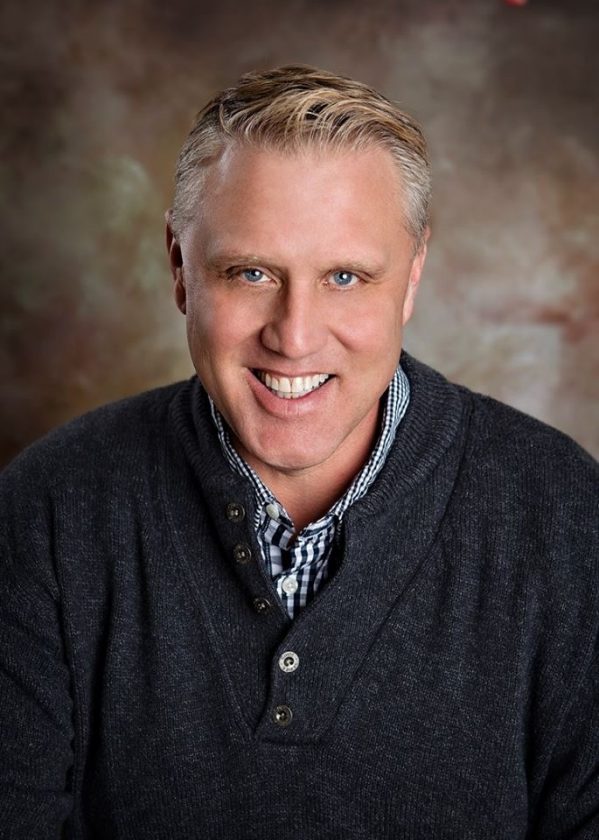 GREEN OAK TOWNSHIP, Mich. — Stephen Masters, Our Greatest Showman, passed away unexpectedly from a heart attack on March 2, 2020, at the age of 52 years. Stephen Edward Masters was born on May 15, 1967, in Saginaw, Mich. Stephen is survived by his parents, Edward and Suzanne (Wendt) Masters; his cats, Six and Seven; sibling Kimberly and husband, Jeffrey Fluder, aka “the best Brother-in-Law;” nephew Cameron and nieces McKenna and Madison; and many other loving extended family members and dear friends survive. Stephen was predeceased by his grandparents, Donald and Beatrice Wendt and Robert and Gwendolyn Masters.

“Steve was such a positive light in all our lives and he will be so deeply missed,” indicated Fair Operations Manager McKenzie Bowman. “This was a very unexpected tragedy that we will all be mourning for a long time to come.” The Michigan State Fair Family is heavily leaning on each other and sending endless thoughts and prayers to all during this time of sorrow. Stephen returned to the Lower Peninsula in 2014 to accept the position of director of the Michigan State Fair, LLC, he continued to build the bridge that connected his two worlds – his love for his family below the Mighty Mac and his adopted heart-family and friends in the Upper Peninsula. Under the direction and inspiration of Masters, the re-incarnated Michigan State Fair grew its attendance from 80,000 in its first year in 2013 to over 170,000 in 2019, more than doubling its footprint and expanding the number of live shows, attractions and scholarship money awarded each year. “Steve taught us all so much and was responsible for taking the Michigan State Fair to the new levels that we were able to achieve in recent years,” said Fair Manager Blair Bowman Sr. “He will be remembered and missed for not only these accomplishments but what will be missed the most is his friendship.”

A tireless promoter of all things great about the state of Michigan, Steve, a South Lyon resident, enjoyed spending time with his family and friends, spending time in the great outdoors, boating on the lake, traveling, music, and watching his beloved Green Bay Packers. Before joining the state fair team in March of 2014, Masters was hired in 2004 to serve as the executive director of the Bays de Noc Convention & Visitors Bureau and as a member of the Upper Peninsula State Fair Management Team through 2014. Steve was a member of the management team that was responsible for a successful transition when the U.P. State Fair operations moved from state to regional governance. Under his direction, Delta County and the Upper Peninsula gained greater exposure as he was instrumental in recruiting and organizing world-class events that brought thousands of visitors to the region. It was a perfect position for Steve as he poured his heart and soul into promoting Delta County as, in his words, it was “a great place with great people, and a wealth of indoor and outdoor activities with something for every visitor during every season.” Steve was actively involved in the communities in which he lived. He was a member of the Eagles Aerie 1088. He was elected to the position of township supervisor for Maple Ridge Township, member of the Delta Force Leadership Development program, served on the boards of the Upper Peninsula Travel and Recreation Association and the Michigan Association of Convention and Visitors Bureaus. Steve’s lifetime of fair, festival, event production and carnival experience began during his youth growing up in Saginaw, where his family owned and operated Masters Rides Carnival. It continued with six years spent with Bill and CJ on Skerbeck Brothers Shows as operations manager followed by Wade Shows as assistant controller. Steve graduated from Central Michigan University in 1991 with a degree in journalism and public relations. He was actively involved in several campus activities, clubs, and a member of Beta Theta Pi Fraternity.

Friends are welcome to visit with family at the Wakeman Funeral Home, 1218 N. Michigan Ave., Saginaw, Mich., on Tuesday, March 10th from 2 to 8 p.m. Pastor Matthew Hauser will officiate a Visitation from 10 a.m. to 11 a.m. with the church service starting at 11 a.m., Wednesday, March 11, at Peace Lutheran Church, 3427 Adams Ave., Saginaw, Mich. Steve will be laid to rest in Spaulding Township Cemetery at a later date. A luncheon at Bayne’s Apple Valley, 5395 Midland Rd. Freeland, Mich., will immediately follow after the service.

The Celebration of our Greatest Showman, Stephen Edward Masters, will take place Friday from 6 p.m. to 12 a.m. at the Suburban Collection Showplace, 46100 Grand River Ave, Novi, MI 48734 with dinner, speakers, and entertainment. We will be gathering to share some of our favorite memories, our stories, to laugh, cry and remember a wonderful son, brother, uncle, friend, co-worker, neighbor who will be greatly missed.

Those wishing to express their love and sympathies are asked to consider a memorial contribution in lieu of flowers and cards to the Stephen Masters Memorial Fund. Please contact Flagstar Bank. The Stephen Masters Memorial Fund will provide college scholarships for his surviving nieces and nephew, a Michigan State Fair 4-H Scholarship, and a Michigan Upper Peninsula State Fair Scholarship. Sympathies of Steve may be shared with his family on his memorial website at WakemanFuneralHome.com, Wakeman, Peace Lutheran Church, and at the Celebration for our Greatest Showman.

In the words of our Greatest Showman, Stephen Masters:

“I WANT TO SAY SOMETHING TO ALL OF YOU

WHO HAVE BECOME PART

OF THE FABRIC OF MY LIFE

WHICH YOU HAVE BROUGHT INTO MY BEING

HAVE BECOME A SONG.

AND I WANT TO SING IT FOREVER

THERE IS AN ENERGY IN US

WHEN THE PATHS OF OTHER PERSONS

AND WE HAVE YET TO BE THERE

AND LET IT HAPPEN

OF OUR PARTICULAR SUNSET COMES

OUR THING, OUR ACCOMPLISHMENT

BUT THE CLARITY AND CARE

WITH WHICH WE HAVE LOVED OTHERS

OF THE GREAT GIFT OF LIFE

WE HAVE BEEN FOR EACH OTHER.”

Choosing the right rug for the room