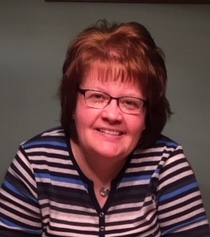 GLADSTONE — Sherry Ann Macfarlane, 57 of Gladstone, passed away surrounded by her family Thursday afternoon, March 19, 2020, at the Mayo Clinic in Rochester, Minn,, following a courageous battle with cancer.

Sherry was born March 7, 1963, in Escanaba, the daughter of Lawrence and Joan (Severinsen) Murray. She was raised in Bark River and was a 1981 graduate of Bark River-Harris High School. Following high school, Sherry went on to attend Bay de Noc Community College where she received her Associates Degree in Computer Aided Design.

On Sept. 4, 1993, Sherry was united in marriage to the love of her life, Michael Macfarlane, at the former St. George Catholic Church in Bark River, and together the couple built their home and raised their family in Gladstone.

Sherry had many interests and was never bored. Her main focus in life was her family. She often said the best decision she ever made and the best years of her life were the years staying home to raise their children. Sherry loved to be in the woods. She enjoyed the many camping trips with her family and most recently she designed a major addition to their cottage on Stevens Lake. Sherry also loved to be creative. She was a wonderful painter and painted many beautiful pictures for her family members. She was a skilled photographer and was always in search of the perfect picture. She was a Girl Scout leader for her daughter’s troop, she was a Cub Scout leader for her son’s den and also helped guide her son during his journey to becoming an Eagle Scout. She enjoyed working on her flowers, scrapbooking, interior decorating and even became a mentor for the Gladstone Bravebots so she could spend more time with her husband.

She was always faithful to God. She was an active member of All Saints Catholic Church where she taught CCD for a number of years and donated much time to her church. During the time she was sick she never questioned God, but always believed he had a plan for her.

She was the kindest, most gentle person you could imagine. Her smile was warm and bright. Her laugh was so cute. Her passion was taking care of her family and giving back to our world. She will be deeply missed.

Sherry worked as a kitchen designer for Pioneer Kitchens, a technical illustrator for Valmet/Sisu, but her working years were primarily spent at Anderson, Tackman & Company, CPAs in Escanaba. She concluded her career as a teacher’s aide at Cameron School in Gladstone where she loved working with her students.

In addition to her loving husband Michael and her parents Lawrence and Joan, Sherry is survived by their son Ian, daughter Lauren, brother Timothy (Shelli) Murray of Gladstone and Thomas (Mary) Murray of Bark River, mother-in -law, Arlene Macfarlane of Gladstone, sister-in-law, Jennifer (Obadias) Marquez of Ooltewah, Tenn. and brother-in-law, Scott Macfarlane of Schoolcraft, Mich. She is also survived by numerous wonderful nieces and nephews.

Sherry was preceded in death by her father-in-law, Gary Macfarlane and sister-in-law, Sheila Macfarlane.

Visitation will be held privately at the Skradski Funeral Home and a Mass of Christian Burial will be held at All Saints Catholic Church in Gladstone, officiated by Rev. Fr. Jamie Ziminski . Sherry will be laid to rest in the spring in Fernwood Cemetery. Friends and family will be invited to gather this summer to honor the life of Sherry Macfarlane. Additional details will be forthcoming. The Skradski Family Funeral Homes of Delta County are assisting with the arrangements. Messages of condolence may be offered at www.skradskifuneralhomes.com.