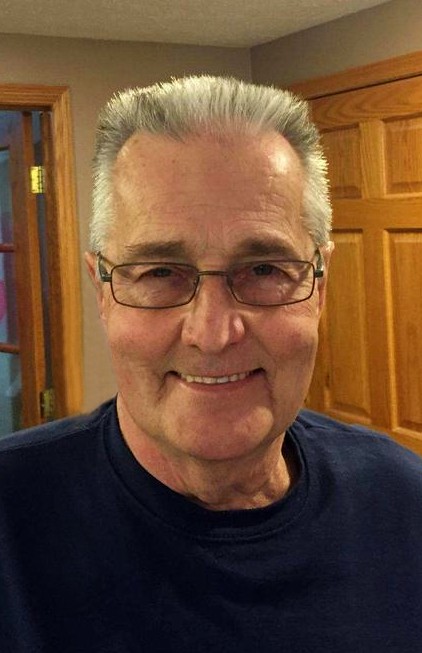 ESCANABA — John V. Herlik “Flat Top”, 79, of Escanaba, passed away after a lengthy battle of ALS on Friday, March 20, 2020 at Christian Park Healthcare Center in Escanaba surrounded by his loving family. He was born on Jan. 19, 1941 in Marquette, the son of Victor and Victoria (LeClair) Herlik. As a young boy at age 5, John’s family moved to Manistique where he was raised and attended school. He graduated from Manistique High School with the Class of 1960. Following high school, John moved to Escanaba where he worked as a manager at Sinclair Gas Station. On May 18, 1963, John married the former Sandra Palmgren at St. Anne Catholic Church in Escanaba. Together, the couple shared nearly 57 years of marriage and raised two children, Linda and Kevin. John worked for Town and Country Motors as a mechanic for a few years and later was employed as a master mechanic for Bero Motors for 42 years until his retirement. He enjoyed traveling and attending various car shows. John had a passion for his 1936 Street Rod and his 1990 pick-up truck. He enjoyed tinkering in his garage and fishing in his younger years. John loved to talk and socialize with others. He always had a smile on his face and would make anyone’s day better.

In addition to his parents, John was preceded in death by his brother, Edward (Joyce) Herlik.

Visitation and Celebration of Life services are being planned for a later date. The Anderson Funeral Homes are assisting the Herlik family and online condolences can be sent at www.andersonfuneralhomes.net.