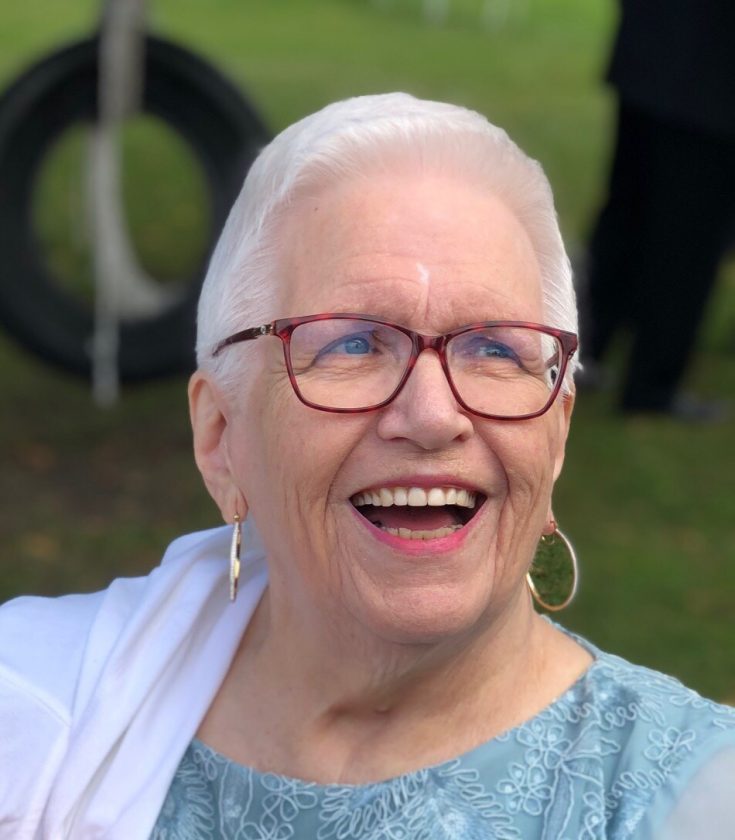 Wash. She attended grade schools in the Longview, Kelso area and one year in Menasha, Wis. In 1949, her parents decided to purchase the Setula Farm in the Ontonagon, Rockland area of

the Upper Peninsula of Michigan and the family moved there from Washington State.

Erlamay attended Rockland’s Roger C. Clark High School, in Rockland, Mich. graduating in 1955. Following graduation, she moved to Chicago, Ill. and worked for an insurance company there. In 1956 she married Arnold Anton Kaurala of Mass City, Mich, and moved to the Fort Sill, Oklahoma, area where Arnold was stationed with the U.S. Army. Their daughter Rene’ was born there in 1957.

In December of 1957, Erlamay and daughter joined Arnold in Verdun, France where they were stationed for the next four years. While there, she worked as a secretary for the US Army COMZ Special Services Office, and the assistant post engineer for Maginot Caserne, in Verdun France. The family’s return to the United States the fall of 1961, was delayed because of the military alert due to the Berlin Wall being built. Enroute by ship to the U.S, she was notified of the death of her father and was unable to attend the funeral.

Erlamay and Arnold divorced upon their return to the United States. She then met and married Kenneth Roy (Topper) Tepsa of Houghton, Mich. They had two sons, Brian Steven, born in 1962 in Hancock, Mich., and Gerald Alan, born in 1964 in Longview Wash. They moved to Longview in 1963 and lived there for four years, where Topper worked for Weyerhaeuser as a choker-setter in the mountains, and Erlamay worked as a waitress in a downtown restaurant.

The family returned to the Ontonagon area in 1968 because of Erlamay’s concern over her mother’s health. At this time, she found employment at the Ontonagon Area School District for the next nine years. She started as a bus driver, then custodian, moved on to the community school secretary, and finally the last few years as confidential secretary in the school business office, preparing the payroll.

In 1978, she received her licensed practical nursing certification from Gogebic Community College in Ironwood, Mich. She was employed at the Ontonagon Memorial Hospital until 1980, when she took a position as an LPN at St. Francis Hospital in Escanaba, after her divorce from Kenneth. In 1984, she took a position as assistant director of nursing, at Bishop Noa Home for Senior Citizens. In 1987, Erlamay received her associate degree in nursing from Bay College in Escanaba. and became a registered nurse. In 1988, she moved to Hastings, Minn.; and worked as an assistant director of nursing at long term care facilities in the St Paul, Minn. area.

In 1992. they moved to Appleton, Wis. In 1993, John suffered complications from by-pass surgery and his health deteriorated. In 1995, they returned to the Upper Peninsula of Michigan and Erlamay continued to work in the long-term care setting in nursing management until she retired in 1997.

After her husband died in 1999, Erlamay started volunteering at the Escanaba Civic Center in 2000. Later, she spent four years at the Michigan Extension Office primarily as a horticultural aide, a SCEP position. In 2009, Erlamay joined the Foster Grandparent Program and worked as “Grandma Hardwick” with Mrs. Fisher’s first grade classes for six years, Mrs. Willis’ second grade class for one year and the past three years for Mrs. Furmanski’s first grade classes as “Grandma Erla” at the Lemmer Elementary School in Escanaba. She loved working with the children and helping her teachers by giving one-on-one attention when a child needed a little more attention to master the lesson. She liked the hugs too, to give and get them.

Lastly and not the least, survived by a good friend and neighbor Barbara M. Poquette.

Services honoring Erlamay are tentatively postponed due to the coronavirus precautions.

Timings and service details will be announced in a forthcoming notice. In lieu of flowers, please consider a donation to the Foster Grandparents Program. The Skradski Family Funeral Homes of Delta County are assisting the Hardwick family.