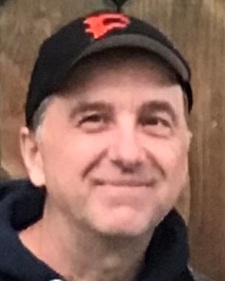 Bill enjoyed going to the EAA air show, but mostly woodworking, which he was very passionate about. He will be remembered by all who knew him as a very loving husband, father and son.

Bill is survived by his mother, his wife, a son, Ben Stier; one sister, Tina (Sam) Steen; as well as nieces and nephews.

He was preceded in death by his father and a daughter, Mandie Stier.

Friends may call from 2 to 4 p.m. on Tuesday, Feb. 18, at the Allo Coolman Funeral Home, 400 S 10th St., Escanaba, MI 49829. A funeral to celebrate the life of Bill Stier will follow visitation at 4 p.m. at the funeral home with Fr. Rick Courier officiating.

The Allo Coolman Funeral Homes are assisting the Stier family. Please visit www.allofh.com to send online condolences to his family.