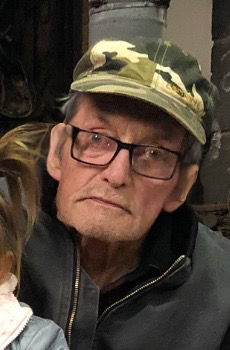 PERRONVILLE — John R. “Jack” Fisk Jr., 70, of Perronville, passed away on Saturday, Feb. 22, 2020, at Aurora BayCare Medical Center in Green Bay with his wife and daughters at his side.

He was born on Oct. 9, 1949, in Escanaba, son of John R. and Eugenia “Jean” (McKellar) Fisk Sr. John was raised in Perronville and attended Bark River-Harris School, graduating in 1967 and attended Northern Michigan University.

Jack was a self-employed logger, working alongside his dad for many years in their business. Jack enjoyed working out of his garage as a mechanic on the side and tinkering, whether working on cars or other projects. Many called Jack the “Mayor of Perronville,” because he was known by everyone and his garage was a gathering place for all, regardless of how well you knew him. When the girls were younger, when Jack wasn’t working, you would find him up and down the roads on the three-wheeler with them, or as they grew, “planting” money and treats for his granddaughters to find.

He was preceded in death by his father, John Sr; and brothers-in-law, Richard Barker and Michael Hanson.

Visitation will be on Thursday, Feb. 27, from 4 to 6 p.m. at the Crawford Funeral Chapel in Bark River. Military rites will be at 5 p.m. and the funeral service will take place at 6 p.m. with Rev. Darryl Pepin officiating. The family invites friends and relatives to join them for a meal in the St. Elizabeth Ann Seton Hall immediately following.

Burial will be in Sacred Heart Cemetery in Schaffer.

In lieu of flowers, memorials may be directed to the family where a scholarship will be awarded to a Bark River-Harris graduate attending Bay de Noc Community College for automotive technology.

Messages of condolence may be directed to the Fisk family by visiting crawfordfuneralhomes.net.