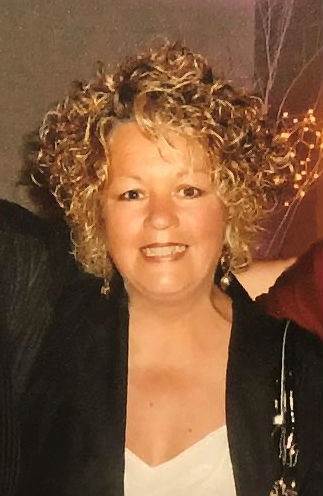 FLAT ROCK — Terry Jean Kidd, 60, of Gladstone (Flat Rock), passed away Saturday evening, Jan. 4, 2020, at her home. She was born on May 30, 1959, in Escanaba, the daughter of Robert and Lois (Sodermark) Curran. Terry was raised in Escanaba and graduated from Escanaba High School in 1977. She met her high school sweetheart and love of her life in the 10th grade, Peter J. Kidd. The couple dated for seven years and were married on Aug. 4, 1979, at the Ford River Community Chapel. Together, they shared 40 years of marriage and raised one son, Robert. At the age of 16, Terry began working at the Pioneer Inn and Suites in Escanaba as a bartender and waitress and later moved up to desk manager. She was employed with them for 25 years before changing careers as a loan clerk at the Delta County Credit Union for 20 years where she was currently employed. Terry was a homebody and found great joy in the simple and little things in life. She enjoyed gardening, planting flowers, reading and watching thrillers, and decorating her home – especially during Christmas. As her father, Bob, always said about Terry’s house, “If you can’t find the Christmas Spirit here, you’re not finding it anywhere.” Terry loved spending time with her family as they meant the absolute world to her. She appreciated her relaxing summer pool days in their backyard with her family, going out for a nice dinner, and having a glass of white wine with her friends Theresa, Lori and Amy. Terry was a hard worker and cherished all the friendships she made throughout her career. She had a huge place in her heart for her pets; Barney the dog and Mew the cat. Above all else, Terry had given her entire heart to a little boy named, Rhett, her only grandchild. She cherished their special time together, and loved the light he brought to all of their lives. Terry made an impact on the many lives she touched. She was a loving wife, mother, grandmother, and friend who will be missed by all that were fortunate to have known her.

Terry was preceded in death by her parents, Robert and Lois Curran.