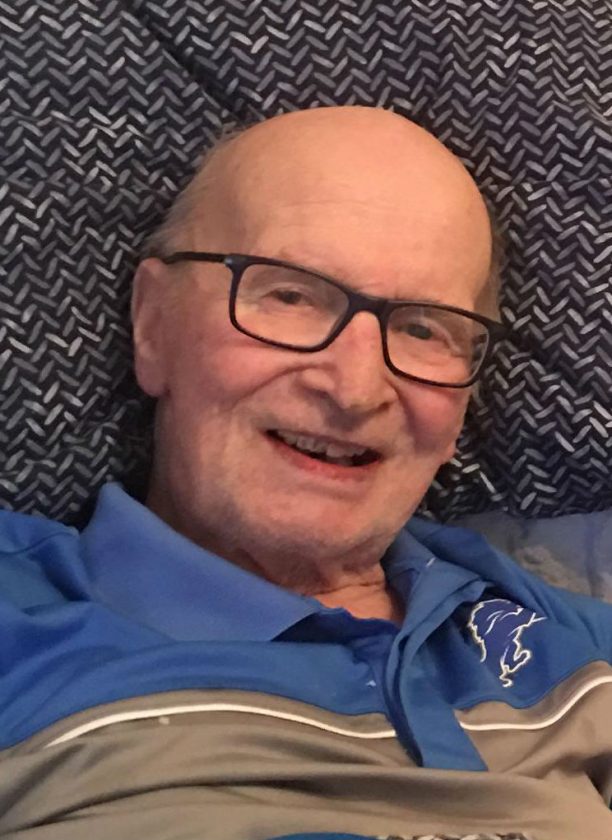 GLADSTONE — After a valiant battle with Parkinson’s Disease, Robert Max Danforth, 82, formerly of Gladstone, passed away peacefully on Wednesday, Jan. 1, 2020 surrounded by his proud and loving blended family; his daughters, grandchildren, caregivers, and his dear friend, Jimmy.

Robert was born Sept. 8, 1937, in Charlevoix, Mich., to Lyle and Ruth (Kamradt) Danforth. Lyle was killed in action in World War II and he was then raised by his mother, Ruth, and beloved stepfather, Eldon Neumann. He attended East Jordan schools, graduating in 1955 where he excelled in athletics becoming team captain, MVP, and bringing home state tennis championships to EJHS. “Bobby D.” may have been small in stature, but made a huge impact on both his teammates and competitors.

Robert went on to attend Central Michigan University where he graduated with a teaching degree in 1962. He began teaching in the Vestaburg, Mich., area where he was a respected coach of high school athletes. To supplement his family’s income, he taught drivers education and built silos. He continued his career as an American history and current events teacher, where he was named to “Who’s Who of American Teachers” of his students.

Robert married Deanna Derenzy on July 12, 1957 in East Jordan, Mich. Together, they had two daughters, Robin and Rhonda. Deanna also attended Central Michigan University where she obtained a teaching degree. In 1971, the family moved to Gladstone to teach until their retirement. Robert’s interests included golfing at the Gladstone Golf Club, watching football – especially his beloved Detroit Lions and University of Michigan Wolverines, watching baseball and his beloved Detroit Tigers. If you knew Robert well, you would avoid any mention of the Green Bay Packers.

Our family extends our special thanks and gratitude to Robert’s chosen family and caregivers: Candace Yelle; her children, Kaydence and Patrick, Ashley Gia Denniston; nurse, Linda Hague and the staff of UP Health System Home Health Care and Hospice. With your help, our warrior father lived the remainder of his life at home with dignity, love, and grace. We will be forever grateful to you. Our family would also like to extend our thanks to Anderson Funeral Home for the grace show to us at this difficult time.

The Anderson Funeral Homes are assisting the Danforth family and online condolences can be sent at www.andersonfuneralhomes.net.