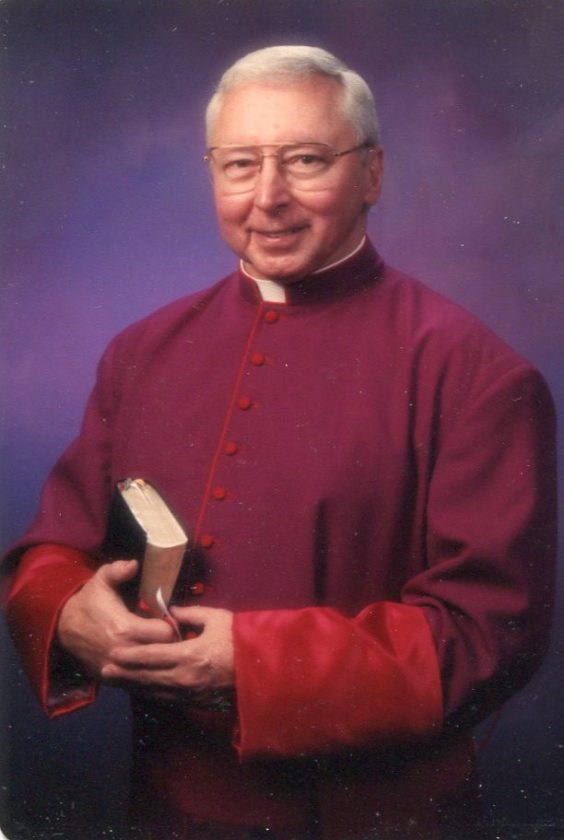 Msgr. Desrochers served as associate pastor at St. John the Evangelist, Ishpeming, St. Mary, Sault Ste. Marie, and St. Peter Cathedral, Marquette. He was released for graduate studies in religious education from 1967 – 1969 and attended Fordham University, New York. In 1969, he served as acting director of adult education for the Diocese of Marquette, while serving as administrator, for St. Peter Cathedral, Marquette, and St. Mary, Big Bay. In 1970, he was assigned as administrator of Immaculate Conception, Moran, and served as co-pastor, St John, Garden.

Msgr. Desrochers was appointed diocesan moderator of the Cursillo Movement in 1975. He was appointed co-pastor of Sacred Heart, Munising, and St. Therese, Au Train, while continuing his ministry with the Cursillo Movement. In 1978, he was appointed Rector, Marygrove Retreat Center, Garden, and he served for nearly 25 years until he retired as director in 2004 and was granted senior priest status. In 1981, he was appointed director of the Priestly Life Office for the Diocese of Marquette, and served in this capacity until 1985. Msgr. Desrochers served as dean of the Manistique Deanery from 1992-1998. He received the Distinguished Citizen of the Year Award from Lake Superior State University, Sault Ste. Marie, in 1996. On Sept. 1, 1997, he was named Prelate of Honor to His Holiness with the title Reverend Monsignor.

Reception of Msgr. Desrochers’ body will take place at St. Anne Catholic Church in Escanaba on Thursday, Jan. 9, at 9 a.m. with visitation to follow from 9:30 until 11 a.m. A Mass of Christian Burial will be celebrated at 11 a.m. ET, with Very Reverend Michael Woempner, Vicar General, presiding, Rev. Msgr. Jed Patrick, the Very Reverend John Martignon and priests of the Diocese of Marquette concelebrating.

A luncheon will be held in the parish hall following Mass. Burial will take place in the spring in Rudyard, Mich.

Pallbearers will be members of Escanaba Assembley 507 Fourth Degree Knights of Columbus.

Those wishing to make an expression of sympathy are kindly asked to consider the Sisters of St. Paul de Chartres, 1300 County Road 492, Marquette, MI 49855 in Msgr. Desrochers memory.

The Canale-Tonella Funeral Home of Marquette is assisting Msgr. Desrochers family where memories may be shared at canalefuneral.com.