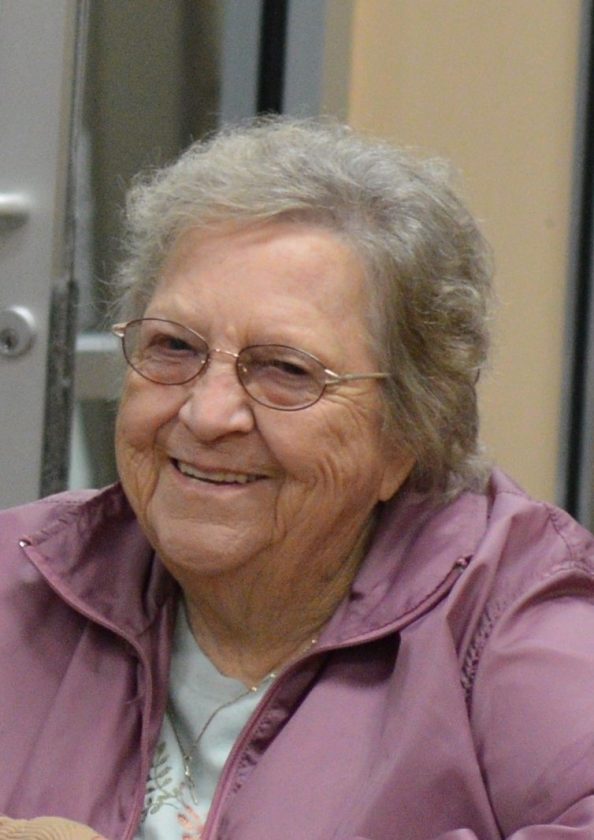 MANISTIQUE — Phyllis Frankovich died peacefully on Sunday, Jan. 5, 2020, surrounded by her loving family. She was 85 years old. Phyllis was born on March 21, 1934, in Manistique, Mich., to parents, Ruby (nee Morden) and Fred Hastings.

In the summer of 1949 Phyllis met a young man who wouldn’t stop kicking her seat at the movies. This man turned out to be the love of her life, Nicholas Frankovich Jr. The two would marry less than two years later, on June 2, 1951. Phyllis was just 17 years old. Their marriage would span nearly 60 incredible years and give life to eight children, 16 grandchildren, and 21 great-grandchildren.

Although busy caring for her children, Phyllis still found time to help Nick start the Manistique Federal Credit Union from their kitchen table in 1967. Nick and Phyllis enjoyed, and found great pride, in their work at the credit union. Phyllis retired as manager on May 24, 1999, because according to her, “their camper was calling their names.”

Nick and Phyllis enjoyed traveling all over camping with their friends, the “Happy Wanderers”. Not a summer passed that they weren’t enjoying their camper with friends and family.

Phyllis was devoted to her family and her faith. She found comfort in her daily prayers and rosary. She was generous, loyal, and an exceptional mother and role model for her children and grandchildren.

She enjoyed playing cards with her friends and family and would never turn down a family outing to the casino. She was an excellent seamstress who made many of her own clothes as well as beautiful towels and dish cloths. Whenever you needed a stitch or a hem she was there to help: a talent she passed on to her daughters.

She was a beloved wife, mother, grandmother, sister, aunt and friend. Phyllis loved faithfully, loyally and unconditionally. She was deeply loved and will be sorely missed.

We rejoice in the thought of the reunion she will have with her dear husband Nick.

A memorial service will be held at Fausett Family Funeral Home in Manistique on Saturday, Jan. 11, with visitation from 11 a.m. to 1 p.m. and services beginning at 1 p.m. with Rev. Fr. Ben Paris officiating.

Memorial donations may be directed to the family for future designation.

Fausett Family Funeral Homes of Manistique is assisting the family with arrangements. Friends and family may send condolences or share a memory at their website.