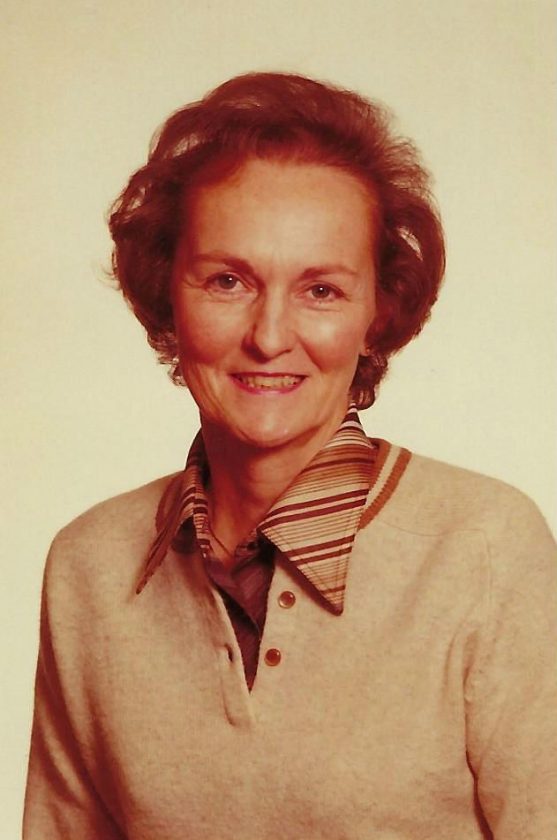 GREEN BAY — Margaret Joan “JoAnn” Keskey, 94, of Green Bay, Wis., formerly of Gladstone, Mich., passed away peacefully in her home on Saturday, Dec. 28, 2019. Joan was born on Oct. 4, 1925, in Newberry, Mich., to the late Arthur and Regina (Hall) Lamberg. Joan graduated from Newberry High School in 1943 and went on to pursue her sociology degree from the University of Michigan where she graduated in 1947. While attending U of M, she met her husband George Richard “Dick” Keskey. She and Dick married in 1947 and raised seven children together while living in many different cities throughout the United States; the majority of their years were spent residing in Gladstone, Mich.

Joan enjoyed fishing and duck hunting, boating, traveling throughout the US and Canada, gardening both flowers and vegetables, cooking, sewing, reading and cheering on her beloved Michigan Wolverines and Green Bay Packers.

Visitation will be held at Malcore Funeral Home (west), 1530 W Mason St., Green Bay, Wis., on Tuesday, Jan. 7, from 3 to 5 p.m. CST. Funeral services will follow at 5 p.m. CST Tuesday with Chaplain William VanDynhoven of Heartland Hospice officiating. Burial will take place at Fernwood Cemetery in Gladstone, Mich., on Wednesday, Jan. 8. The Anderson Funeral Homes of Escanaba and Gladstone, Mich., are assisting the Keskey family and online condolences can be sent at www.andersonfuneralhomes.net.

The family would like to extend a special “thank you” to the caregivers at Home Instead Senior Care and Heartland Hospice who have helped care for Joan over the past year and a half. In lieu of flowers, the family wishes to have donations made for a memorial at the Green Bay Botanical Garden in Joan’s name.