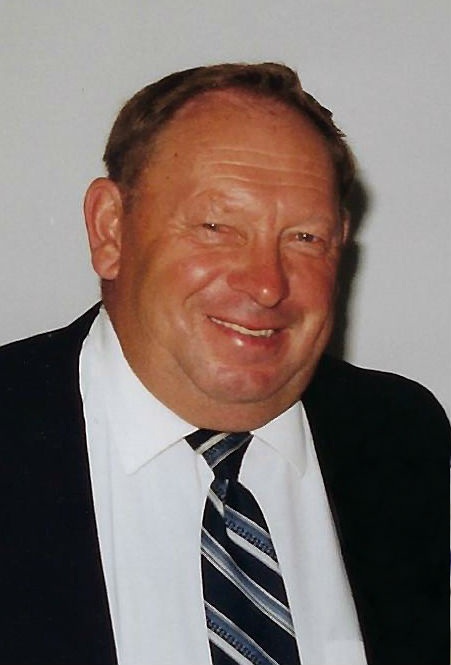 Leonard was an active member of Calvary Lutheran Church in Rapid River, Mich. He served on the church council. He gave his time to anyone who asked, whenever help was needed, and he enjoyed volunteering his time, especially at his church. He was a sports enthusiast that loved the Detroit Lions and the Detroit Tigers. He enjoyed playing dartball at Calvary Lutheran Church, and horseshoes in Stonington. He also played softball for the Delta County Church Softball League, and coached the Babe Ruth and American Legion baseball teams. Leonard also managed the softball teams for Bill’s Bar and The Swallow Inn. He loved camping and going to the Rapid River High School basketball games. He was a member of the Swedish Club, and the Teamsters Local 406.

Leonard was a kind, generous, humble, hardworking family man. He was well respected in the community for his trust, worthiness, and dedication. Leonard was also a man of few words, but a well-liked person. In his later years, his sense of humor came alive and he had plenty of one-liners. Leonard also loved spending time with his family.

Visitation will be held from 1:30 to 3:30 p.m., Friday, Jan. 10, at the Anderson Funeral Home in Gladstone. Funeral services celebrating the life of Leonard will follow at 4 p.m. Friday at Calvary Lutheran Church in Rapid River with Rev. Stephen Gauger officiating.

A luncheon will be served at the conclusion of the services in the church fellowship hall. Burial will take place in Lakewood Cemetery in Stonington.

The Anderson Funeral Homes are assisting the Thorsen family and online condolences can be sent at www.andersonfuneralhomes.net.