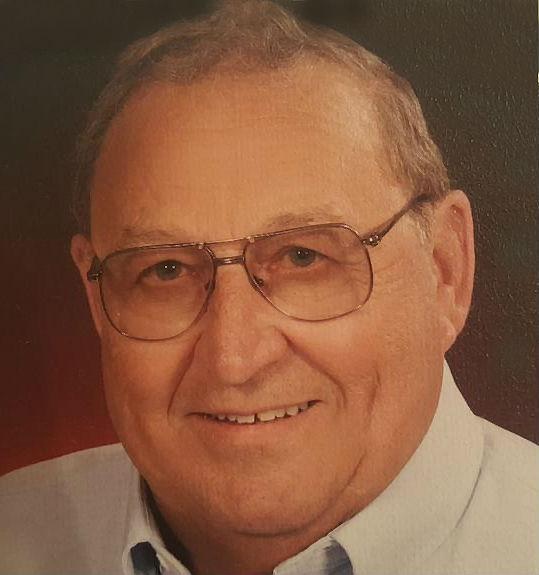 He was born on Dec. 18, 1936, in Cornell to Gertrude (Holmes) and Wilfred Mattson. He grew up on his family farm, the middle of five children. He attended grade school in Cornell and high school in Escanaba, graduating in 1954. Upon graduation he moved to Detroit and began working at a construction company. An excellent hockey player (from years spent skating with friends on Cornell ponds) he skated with the Escanaba Hawks his senior year in high school and was offered a tryout with the Junior Red Wings in 1957. Instead, he hung up his skates and enlisted in the Army, along with his best friend Chum Hardy. He started basic training in May, 1957 at Fort Polk, Louisiana. Following basic training and eight weeks of personnel training at various locations around the US, he shipped out to Worms, Germany, where he spent his military career as a personnel clerk (“the best job in the Army”) with the 67th Artillery.

After his discharge from the Army in 1959, he returned to the Detroit area and following a nine-month courtship, he married the love of his life, Joan, on Sept. 3, 1960, and established a home in Allen Park, Mich., where they raised their three children. Skip spent his career working at Great Lakes Steel. He began as a clerk in the maintenance division, was promoted to labor foreman in 1964, general labor foreman in 1969, assistant superintendent of transportation in 1972, superintendent of transportation in 1980, and purchasing agent in 1992 until his retirement in 1995.

Upon retirement, he and Joan returned to the U.P. living on the Bluff in Escanaba Township from 1995 to 2007, and then in Escanaba from 2007 to present. Each winter, for the past 20 years, they went to Orange Beach, Ala., to enjoy the beach and warmer weather.

Skip enjoyed golfing, skiing and watching baseball (the Tigers and his children and grandchildren). He and Joan loved to attend the Escanaba City Band concerts at Ludington Park with friends each Wednesday throughout the summer. He and Joan loved to dance whenever and wherever the opportunity arose. But most of all he enjoyed hunting and going to camp. He began hunting with his dad in Cornell as a teenager and mentioned that this year was the first opening day he had missed since his discharge from the military. He has passed on his love of hunting and camp to his son, Rory, who he shared the experience with year in and year out.

Skip was a member of the Senior Kiwanis, Elks Lodge 354, and the Eagles Aerie 1088. He was also a member of the close-knit group of wintering Alabama Yoopers who meet almost weekly throughout the year.

He was preceded in death by his parents, Wilfred and Gertrude; his brother, Glenn; and his sister, Shirley (Sanville).