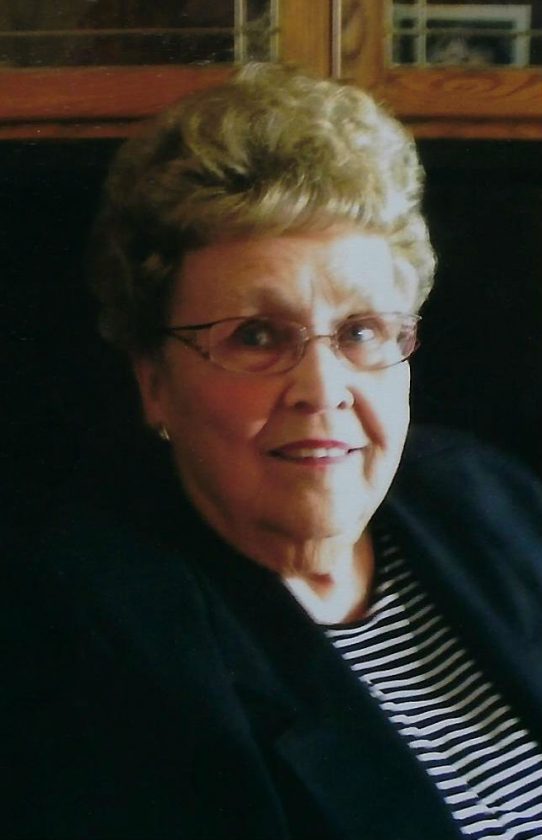 Born on Feb. 19, 1930, in Stephenson, Mich., Joan was the daughter of Charles and Juanita Clarke of Big Bay, Mich. In addition to Stephenson, she lived in Sault Ste. Marie and California where she met her husband Jerry. Together, they moved to Big Bay, Mich., where they lived on Lake Superior until moving near their daughters and four granddaughters on the VanDamme farm in Watson, Mich.

With her impeccable lipstick and sense of style, Joanie had a keen sense of humor, wit, and the ability to actively engage you in conversation about many topics over the years. In her younger years, Joan enjoyed playing the organ, singing songs from long ago, and hosting friends and family gatherings with live music. You could find her playing with her family’s band on Mackinac Island at Horn’s Bar and entertaining passengers on the ferries traveling to and from the island. She also played music on the train from Marquette to Big Bay, at Loma Farms, and at the Halfway. She had a beautiful voice and loved to entertain. Her “claim to fame” was being an extra in “Anatomy of a Murder.” She also enjoyed many years in Okeechobee, Fla. Her granddaughters have wonderful memories of spending summers in Big Bay skipping rocks, swimming in Lake Superior, collecting driftwood, and hoping for one more serving before the “kitchen was closed.” She could be found cheering at many basketball and volleyball games. Her door was always open for visits from her great-grandchildren, often sending them on their way with ice cream treats or cookies. Her famous tacos will surely be missed by all.

In addition to her parents, Charles and Juanita Clarke, she was preceded in death by her husband, Jerry Miles; brother, Charles “Jim” Clarke; son-in-law, Michael VanDamme; and her grand-dog Hodie, whom she enjoyed spending time with as well as all of her animals.

A private family service will be held at the Anderson Funeral Home Chapel in Escanaba with burial to follow at the Northland Cemetery. Father Allen Mott will be presiding. Memorial donations may be made in memory of Joan Miles to OSF Hospice of Escanaba, Mich., or UPAWS of Marquette, Mich. Joan’s family would like to thank the wonderful staff and volunteers of OSF Hospice for their kindness and dignity they provided during the last two weeks. The Anderson Funeral Homes are assisting the Miles family and online condolences can be sent at www.andersonfuneralhomes.net.