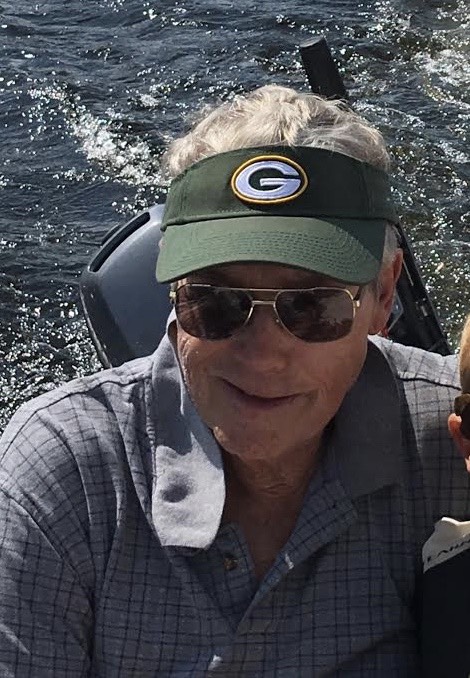 After serving in the United States Army, Randy moved back to Eagle River and worked with his father and sister in the propane business. After selling the business to Petrolane, he served as the district manager until his retirement.

Randy was united in marriage to MaryAnn Molinelli on June 1, 1968, in Eagle River.

After retirement, he and MaryAnn moved to the small town of Watton, in Michigan’s Upper Peninsula. There they enjoyed the quiet life and golfing. They eventually made their way to Gladstone, Mich., to be close to their grandchildren.

Randy was an outdoorsman his whole life. He especially loved fishing for walleye and chasing grouse behind his Brittany spaniels. Randy loved his grandchildren, Claire and Easton, more than anything. He enjoyed watching Claire figure skate and taking Easton to camp, stopping at the Perkins Store for a bottle of Grape Faygo. He was heartbroken when he lost MaryAnn in 2016. In his later years, Randy rediscovered golf, and was active in the leagues and tournaments at Irish Oaks Country Club.

Those that knew Randy know that he wouldn’t want you to be sad or cry about his passing. He would want you to celebrate his life and the good memories that you have of him. So, when you watch the sunrise over the lake, or hear a grouse drumming in the woods, remember Randy and the good times and memories with him. That’s how he would want it.

Randy is preceded in death by his parents and wife, Mary Ann

A celebration of Randy’s life will take place Sunday, Oct. 13, at 1 p.m. at The Oaks in Gladstone. In lieu of flowers, memorial contributions may be directed to the Delta County Animal Shelter in Randy’s honor.

A celebration of life will take place in Eagle River with the date and time to be announced at a later date The Skradski Family Funeral Homes of Delta County is assisting the Roeske family. Please visit www.skradskifuneralhomes.com where you can leave a message of condolence to the family.