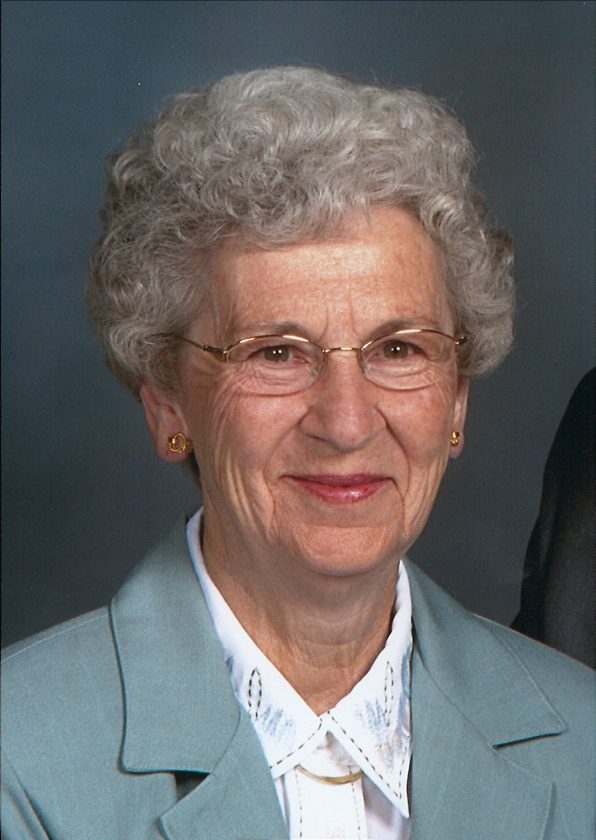 She was born on May 27, 1930, in Rice Lake, Wis., the daughter of Ernest and Amelia (Kallenbach) Nitz. She grew up on a dairy farm in Barron County and lived there until the farm was sold in 1951, and moved to Barron. Dode graduated from Barron High School in 1948 and started her first job as a secretary/bookkeeper for Jerome Turkey Farms and Badger Turkey Industries, now known as Jennie-O Turkey Store in Barron.

In 1954, she worked for the Barron County Highway Department until her marriage to Carston J. Norelius on Sept. 1, 1956. The Norelius’ moved to Davenport, Iowa, where her husband was enrolled at the Palmer College of Chiropractic. While living in Davenport, Dode worked for the Sears store in the auditing department. In 1959, her husband, graduated from Palmer and they moved to Streator, Ill., where her husband spent one-year internship with another chiropractor. During that year, Dode worked for Owens – Illinois Glass Company in Streator.

In 1961, the couple moved to Escanaba, Mich., where her husband started his practice. Dode worked in the office of the Fair Store for a couple years, Morley- Murphy Company for several years and the City of Escanaba utility office until her retirement in June 1990.

After retirement, the Norelius’ bought a place in Yuma, Ariz.,, where they spent 15 years during the winter months golfing and enjoying the warmer climate.

Dode was a member of Salem Evangelical Lutheran Church where she served many years in the choir and evangelism program. In 1981, Salem Church moved into their new church, and Dode enjoyed helping with the staining of the woodwork and also painting at the parsonage when it was built.

Dode loved sports and was an avid bowler on the city leagues for many years and was a former member of the Gladstone Golf Club and the Escanaba Country Club for many years, where she spent many happy hours.

In addition to her parents and husband, Carston, Dode was preceded in death by her sister, Violet Snyder.

Visitation will take place on Tuesday, Oct. 8, from 11 a.m. to 1 p.m. at Salem Evangelical Lutheran Church in Escanaba. The funeral service will follow at 1 p.m. at the church with Pastor Paul Doletzky officiating. At the conclusion of the service, a meal will be served in the church hall. Burial will take place at Wayside Cemetery in Barron, Wisconsin.