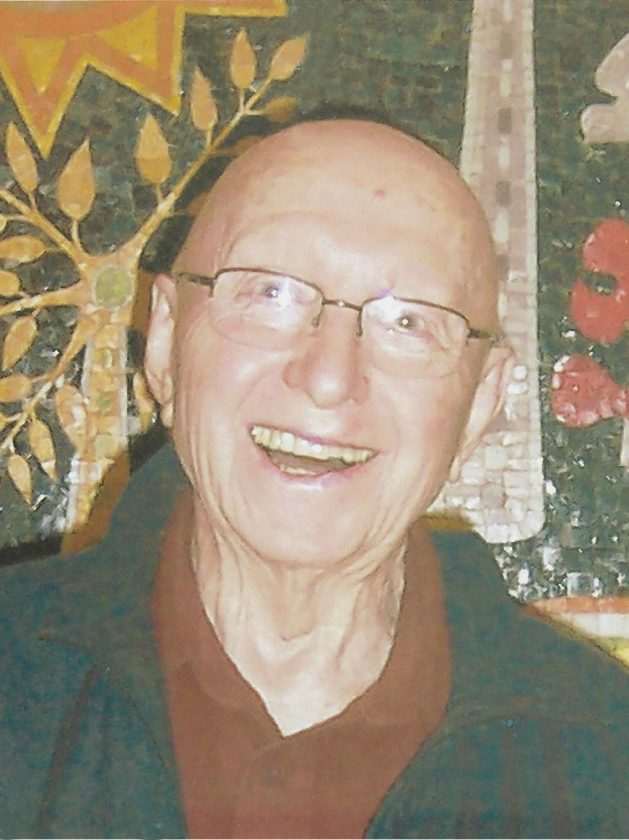 ESCANABA — Robert “Bob” E. Meyer, 92, of Escanaba, passed away peacefully at the family cottage on Lake Michigamme on Saturday, Aug. 24, 2019.

He and his twin brother were born on Jan. 4, 1927, in Menominee, Mich., the sons of the late Theodore and Lydia (Schneider) Meyer. Bob was raised and lived in Menominee, Mich., until joining the Navy at the end of World War II. Following graduation from the University of Michigan in 1950 (Go Blue!), he married his childhood sweetheart, Dot Armitage, and they moved to Escanaba where he had accepted a teaching position at the junior high. He enjoyed teaching each and every student until his retirement in 1987.

Growing up, Bob was active in the Boy Scouts, achieving the rank of Eagle Scout. As an adult, he led a troop for many years. In later years, he served on a Troop Committee and was awarded a Silver Beaver for his service.

During the summers of 1957 through 1976, Bob and Dot managed Presbytery Point Camp as a summer job. They developed a deep love for the camp and continued to serve as volunteers for the rest of their lives. In the early 1970s, they purchased property across the lake from Presbytery Point and built their own cottage.

Bob loved nothing more than sharing the things he enjoyed with family and friends — canoeing, birding, and playing card games, especially bridge and cribbage. He was a kind and patient man, generous with his time and a faithful servant of the Lord.

Bob was a member of the First Presbyterian Church, where he sang in the choir, taught Sunday school and served as an Elder. In addition to the Boy Scouts, he was also an active member of the Delta County Historical Society and the local Audubon Society for many years.

Visitation will be held from 4 to 6 p.m. Friday, Sept. 13, at the Anderson Funeral Home in Escanaba. A memorial service will be celebrated at 10 a.m. Saturday, Sept. 14, at the First Presbyterian Church, 819 1st Ave. S. in Escanaba with Rev. Kyle Segars officiating. A luncheon will be served at the conclusion of the services in the church fellowship hall. In lieu of flowers, his family requests that memorials please be directed to Presbytery Point Camp, the First Presbyterian Church, or the charity of your choice.

The Anderson Funeral Homes are assisting the Meyer family and online condolences can be sent at www.andersonfuneralhomes.net.