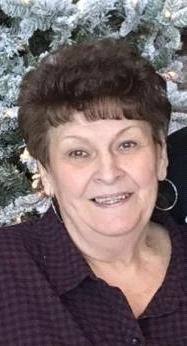 MARQUETTE, Mich. — Katherine “Rosie” Mazanec departed for her eternal home in Heaven on Sept. 2, 2019, at Upper Peninsula Health Systems in Marquette surrounded by her loving family. She was 76 years old, two days shy of her 77th birthday. Rosie had been a life-long Bessemer resident, but had recently moved to Escanaba in 2018. She had been battling cancer for the past year.

Rosie was born in Bessemer, Mich., on Sept. 4, 1942, the youngest of 13 children to Thomas and Anna (Katich) Evsich. During her youth, she loved spending summers downstate with her brothers, sisters, nieces, and nephews and attended Detroit Tigers games whenever possible. Due to her parents’ deaths, she spent some of her high school years in Plymouth, Mich., as well as a short time in Santa Barbara, Calif. She was able to return to Bessemer and graduated from A.D. Johnston High School with the class of 1960.

On Jan. 6, 1962, Rosie married the love of her life, Dennis (Denny) Mazanec, at St. Sebastian Catholic Church in Bessemer. They lived for a short time at Fort Benning, Ga., where Denny was stationed with the U.S. Army. When they returned to Bessemer, they started their family and raised their four children. One of their favorite things to do as a family was to attend their beloved Green Bay Packers games, which they would try to do once a year as finances allowed. Rosie’s love of the Packers continued her entire life, and she was fortunate to attend the first Packer preseason game of 2019 less than a month before she died. Even though preseason games don’t “count,” she was still thrilled they won!

Rosie was always a hard worker, not only at home but also in the workforce. In the late 1970s, Denny and Rosie purchased the local Dog N Suds restaurant (the name was later changed to the All Season’s Restaurant.) When Denny passed away suddenly in April of 2000, the restaurant closed, and Rosie went back to work as an employee, most often as a waitress. She continued to serve and love her customers and coworkers until after her 70th birthday when she was “forced” to retire due to her health.

Rosie loved all the following (in no particular order), Denny, her children, her grandchildren, her siblings, nieces and nephews, customers, anyone she met on the street or in a store or a doctor’s office, the casino, her neighbors, and her coworkers over the years. She was a friend to all she met and had an amazing heart. Most importantly, when asked recently if she loved Jesus, Rosie emphatically replied, “Absolutely!!”

She was preceded in death by her husband, Dennis; her granddaughter, Carrie Sailer; her parents; her mother and father-in-law, Ruth Trevarthen Mazanec Halama and Bernie Mazanec; brothers, Thomas, Frank, John, and Mike Evsich; sisters, Margaret Evsich, Mary Williams, and Helen Clinansmith; several brothers- and sisters-in-law, as well as several nieces and nephews.

The family is asking for attendees at the memorial service to honor Rosie’s love of sports by wearing clothing of their favorite team.

For more information or to express online condolences, please visit mckevittpatrickfuneralhome.com or rangefuneralservices.com.