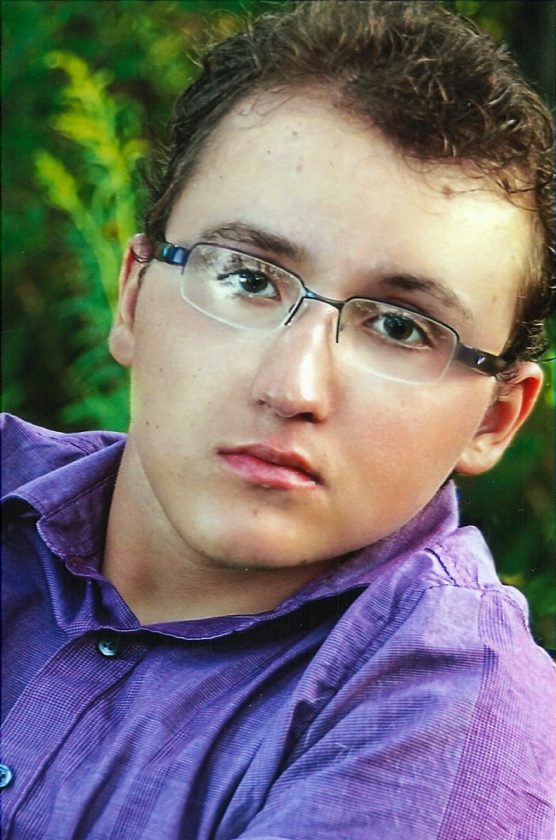 ESCANABA — Life is a gift to be cherished by those we have the honor to touch with our hearts. Owen Johnson, the strongest, most courageous young man passed on Sunday, Aug. 11, 2019. Parents, friends, and family were gifted Owen to love and cherish. He enjoyed meeting people and was a friend to all. Owen lived his best life with many, varied groups of people. His peaceful heart bridged gaps between cultures, ages, and abilities that generations before him could not. He was adventurous, yet satisfied with hanging out with a group of friends.

His spirit and love for being social set him apart from others. Owen was active in the Wheeling Sportsmen — bagging many deer and turkeys over the years. He enjoyed music, the outdoors, camping with his Pentoga family, welding with his dad, scouting with Boy Scout Troop 411 and creating art. He enjoyed spending time with his “other moms” Sharon Taylor, Helen Lynch, Laurie Sovey and Sarah Franks. With his quick-witted nature, many laughs were to be had when his moms were around. He was active in the Arts — his latest activity was Paint Pours. These art pieces were coveted by friends and family and displayed with pride in their homes. On the Saturday prior to his passing, Owen entered his favorite Paint Pours into the U.P. State Fair where he was issued Special Honors Ribbons. This was his favorite time of year. He loved socializing with everyone he could at the fair.

His love will be missed by his service dog Cooper, companion dog Fidget, and his crazy cat Hendrix. Cooper and previously Chase were faithful servants for all 59 surgeries and the additional numerous hospitalizations he endured.

Owen’s tenderness and love of life will be greatly missed by all. He was gifted in the ways of connecting with people and making them feel important. Whether it was his presence, radiant smile, hugs that stopped time, laughter, dancing eyes, artwork, he was our most precious gift.

Owen was preceded in death by his beloved aunt Gina Bower.

Visitation will be held on Friday, Aug. 16, at Crawford Funeral Home, 302 S. 13th St., Escanaba, from 4 to 7 p.m. The funeral service will follow at 7 p.m. with Deacon Terry Saunders officiating.

In lieu of flowers, expressions of sympathy may be directed to the family and a memorial will be established at a later date.

The Crawford Funeral Homes are assisting the Johnson family.

Here’s to you Owen:

The Believer of the Impossible,

The Brave Warrior in the midst of the Battle,

The Calmness in Sea of Waves,

The Rainbow after a Thunder Storm

You, our dearest Owen are our Fighter!