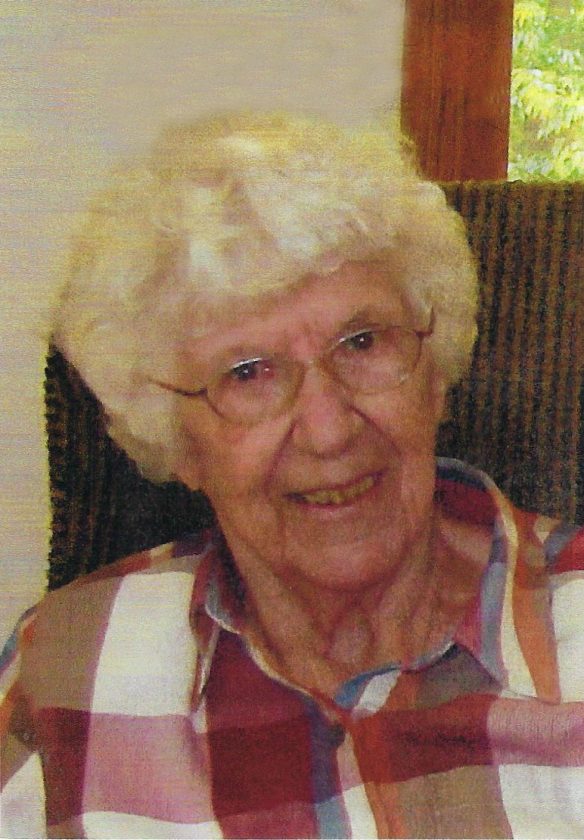 Clara loved nursing and would have worked for free! She was the “community” nurse in Rock and had people knocking on her door at all hours of the day and night. She also helped to establish Rock’s first ambulance service. She was the school nurse in Rock and then at Mid-Peninsula from 1966 until her retirement in 1987.

She and Ed loved going out to their camp; going on fishing trips to Canada; carving life-size animals and people out of pieces of wood they would find in the woods. In her later years, Clara enjoyed knitting sweaters and booties and her biggest pleasure was giving them away. She was a two-time cancer survivor, which we credit to her positive attitude.

Visitation will be held from 1 to 2 p.m. Wednesday, Aug. 14, at the Anderson Funeral Home in Gladstone. Funeral services celebrating the life of Clara will follow at 2 p.m. Wednesday in the Anderson Funeral Home Chapel with Pastor Rell Spickerman officiating. Burial will take place in the Rock Cemetery following the services. A coffee fellowship will follow at the Faith Lutheran Church in Rock.

The Anderson Funeral Homes are assisting the Kaminen family and online condolences can be sent at www.andersonfuneralhomes.net.