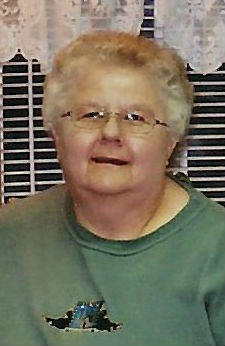 ESCANABA — Esther M. Longhurst, 74, of 1620 Willow Creek Road, Escanaba, passed away Sunday morning, March 24, 2019, at U.P. Health System – Marquette, surrounded by family. She was born on April 9, 1944, in Escanaba, the daughter of Helmer and Edith (Lake) Nelson. Esther grew up in Isabella and was a 1962 graduate of Garden High School. She was employed by Harnischfeger Corporation in the filing and printing departments until their closure and her retirement in 1983. Esther enjoyed her weekly Tuesday night karaoke outings at various places in the Escanaba area. It was there she met many friends and created wonderful memories. Esther was a member of Zion Lutheran Church in Manistique and former member of Bethany Lutheran Church in Isabella.

Esther M. Longhurst is survived by one sister, Ida (Jerry) Campbell of Escanaba; one brother, Teddy Nelson of Isabella; and several nieces, nephews, and cousins.

In addition to her parents, Esther was preceded in death by brothers, Arthur Nelson, and Wallace Nelson; infant brother, William Nelson; and infant sister, Gloria Nelson.

Graveside memorial services will be held at 11 a.m. Friday, June 14, at Moss Lake Cemetery in Isabella with Pastor Ellie Russey officiating. A luncheon will be served at the conclusion of the services at the Isabella Community Hall. All are welcome to the graveside memorial services and the luncheon. In lieu of flowers, the family requests memorials please be directed to Isabella Community Hall or Zion Lutheran Church in Manistique. The Anderson Funeral Homes of Escanaba and Gladstone are assisting the Longhurst family and online condolences can be sent at www.andersonfuneralhomes.net.