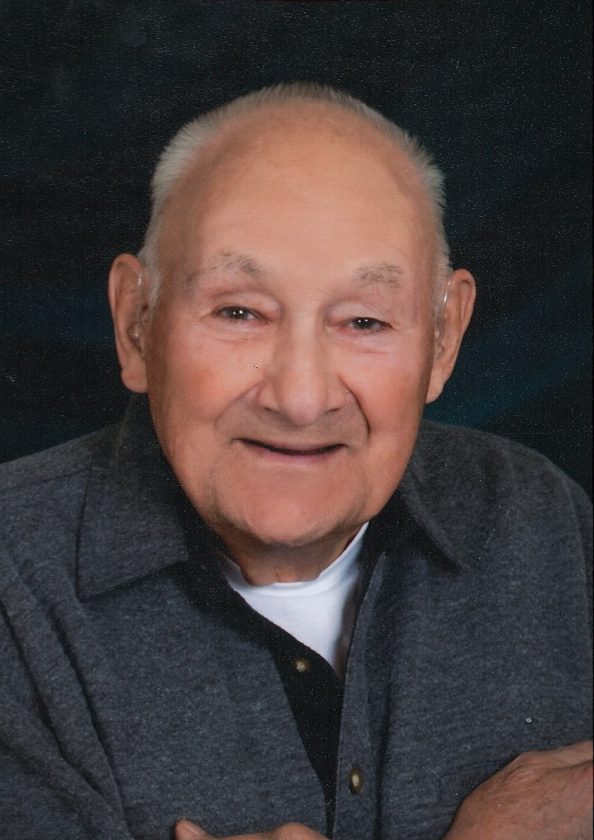 Bob was born July 15, 1926 in Bark River, son of Joseph and Ann (Couillard) Peltier. He attended school in Bark River.

He joined the Navy at the age of 16 and served proudly beginning in June of 1942 aboard ship in the Pacific. After his honorable discharge on December of 1945, Bob began working on a farm in Wisconsin and returned to the area to work on the Great Lakes as an oiler for three seasons. During the off season he worked in the woods. He later was employed with ­Harnischfeger for six years as a sub assembler. After going through an apprenticeship he began his career as an iron worker, working in many different cities. He retired after working 50 years and continued to belong to Local 8.

He opened a shop in West Ishpeming and sold snowmobiles and motorcycles. He had a passion for racing, especially his first 500 race in Sault Ste. Marie, Mich., tying for 12th place.

In his earlier years, he enjoyed racing snowmobiles and motor bikes. He loved hunting, fishing, and meeting new friends while ice fishing, going to yard sales and auctions. He enjoyed taking care of his garden, the apple trees, raspberry bushes, grapes and picking the berries and also helped with the canning. After retirement, Bob spent many hours in his garage on motors of all kinds. He also could be found in his wood shop making various items.

Bob was a member of St. Anthony’s Church in Wells.

A special thank you to ­special friends and neighbors, Dave and Charla Krenek and children for always being so helpful and kind. Also to the Elmer’s breakfast friends, Duane and John and the ­waitresses that had to put up with these three musketeers. The kindness of good friends, Tork and Rita Taylor, Dick Kurtina, and Bob Walker that were always so ­generous in sharing their catch of the day (even cleaned).

Visitation will be on ­Tuesday, May 21 from 10 a.m. to 12:30 p.m. at Crawford Funeral Home, 302 S., 13th St., Escanaba. Military rites will be at 11 a.m. with the Delta County Veterans Council. The Mass of ­Christian Burial will follow at 1 p.m. at St. Anthony Church in Wells with Rev. Rick Courier officiating. A meal will follow in the church hall.

Burial will take place in Gardens of Rest Cemetery.