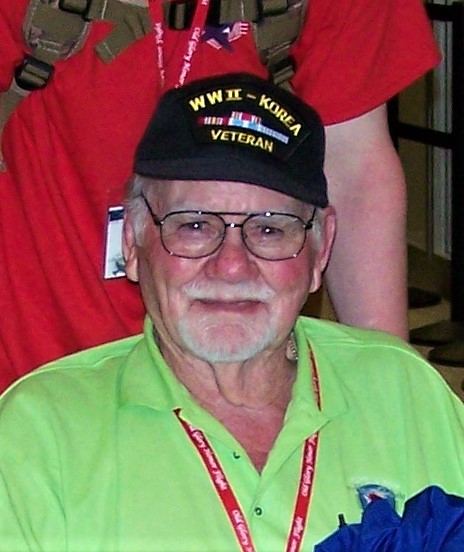 APPLETON, Wis. — Robert Ellsworth Branam, 88, of Appleton, Wis., passed away Wednesday, May 8, 2019, at Green Bay Health Services, Green Bay, Wis., with his son Robert Jr. by his side following a courageous battle with cancer.

Robert (Bob) was born April 16, 1931, in Kingsford, Mich., the son of the late Judson T. and Louella R. Branam. Bob was the fourth child born of eight brothers and three sisters. He grew up and attended schools in Kingsford and Iron Mountain.

Bob led an interesting life. He joined the US Army in 1946 at the age of 15 and served 18 months with 12 of those months in Germany with the 1st Infantry Division. He excelled in basic infantry weaponry qualifying as expert with the M1 rifle and the Browning Automatic Rifle (BAR) and was selected as an honor guard for the home of a general. Upon discharge in 1948, he returned to Kingsford High School to complete his studies and was awarded his diploma. After two years in the Army Reserve, Bob was called back to active duty and sent to Korea where he was a sniper with the 2nd Infantry Division for three months until his duty changed to the BAR. He survived his tour in Korea during the coldest winter on record and ten months of the most intense combat, which took place in 1951 and 1952. Upon returning to the U.S. he was treated for Post-Traumatic Stress Disorder and three minor wounds received in combat before resuming civilian life. He married Alice Mae LaFave and they had two sons Robert and Scott.

His first civilian employment was for seven years with the Cleveland Cliffs Iron Company and then, for a short time with the Clark Oil Company while waiting for a call from the Chicago and North Western Railroad in Escanaba, Mich. where he worked for 25 years as a locomotive engineer until his retirement.

Bob lived in Hendersonville, N.C., for many of his retirement years. He was a dedicated member of the Church of the Holy Family in Mills River, N.C. The church was in a beautiful country setting with a lot of untilled soil for Bob to put his gardening skills to use. As groundskeeper for the church he cultivated a two-acre garden plot raising vegetables and fruit for the members of the church and anyone who was in need. He also made a horseshoe court, a playground for the children, and constructed what was named the “Bob Branam Pavilion.” His deep bass voice was also an asset to the choir. When not busy at church, he traveled around the state with a group of veterans educating high school and college students on the Cold and Korean Wars. In 2010, he eventually made his way to Appleton to live with his son Robert and was a member of St. Thomas Episcopal Church in Menasha, Wis.

Bob’s interests included fishing; writing (published author: “Chub Tails: Tales from an Old Pair of Waders”); oil painting, for which he received numerous awards; golf; and gardening, of which he attended classes at the University of Wisconsin in Marinette to become a Master Gardner.

He was a lifetime member of the American Legion, Veterans of Foreign Wars, and Disabled American Veterans.

Survivors include two sons, Robert R. Branam and Scott Branam; his grandchildren, Hilary Richardson of Negaunee, Mich., and Robert Rajala of Butte, Mont.; one brother, Judson T. Branam of Grand Blanc, Mich.; two sisters, Alyson Self of Iron Mountain, and Mary Hahn of Lakeview, Mich.; and special friends Pat Berry of Hendersonville, N.C., and his dog Clancy of Appleton, Wis., who loved Bob’s pasties as we all did.

In addition to his parents, Bob was preceded in death by a sister, Ann Case, and brothers Franklin, Sheldon, Sherman, Ford, Vincent, and David.

At Bob’s request there will be no services.

Interment will be at the Kingsford-Quinnesec, Mich. cemetery on a date yet to be determined.