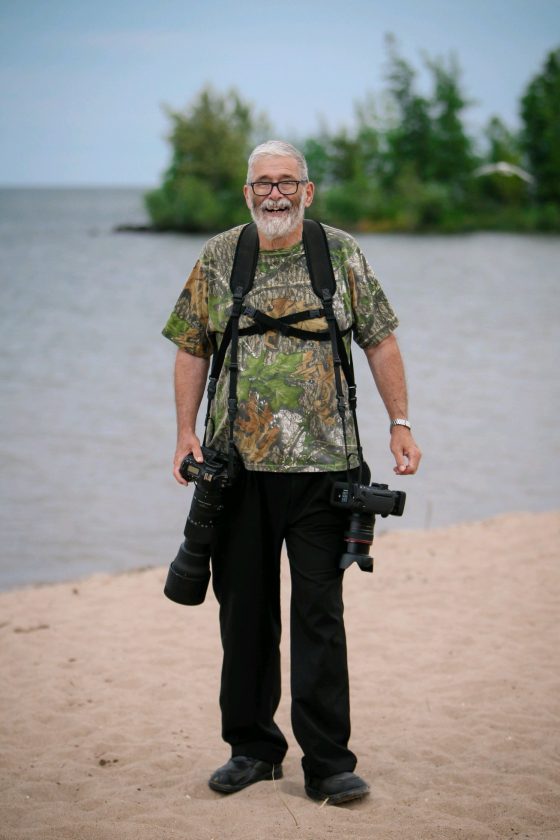 HOUGHTON — Paul “Grandpa Camo” Gerard, of Houghton and formerly of Gladstone, passed peacefully from life on earth to life eternal in Hancock Saturday, May 4, 2019. He was 72 years old.

Paul Francis Gerard was born in Hancock Sept. 11, 1946, to Nick and Rachel Gerard of L’Anse where he grew up. He graduated from L’Anse High School in 1964, then served in the Air Force and attended Northern Michigan University. While completing his degree he met Kristine Erickson; they were married in Gladstone on Aug. 26, 1972. After graduation they moved to Gladstone where he set up shop as a professional photographer. Paul changed career paths shortly after their daughter, Rachel, was born and spent the rest of his working life serving his country as a Quality Assurance Representative for the Department of Defense. He traveled overseas to further his genealogical research, and also for his work. In his free time, he loved to work on computers and cheer on the Packers.

Paul retired in January 2007, shortly after his beloved wife passed away. He traveled across Michigan for the next 10 years, shooting photos at hundreds of sporting events along the way and bringing smiles to students and athletes whenever they saw “Grandpa Camo.” He provided professional quality photos free of charge to any who wanted them. Paul continued his sports photography ministry until failing health made it impossible for him to hold a camera. At that point, the children who knew him as just “Grandpa” had the privilege of living with him and loving and caring for him on a daily basis. Paul lived with his daughter and family in Houghton for a time, and brought smiles to many caregivers that crossed his path. In his last years, he loved to give away pocket pens and his extensive recipe collection.

He was preceded in death by his wife, Kristine, on June 21, 2006, and by his parents Nick and Rachel Gerard.

Visitation will be held Friday, May 17, from 2-5 pm at Bethany Baptist Church 48544 Main Street Dollar Bay, Mich. with funeral service to follow directly.

Burial will be at the Evergreen Cemetery in L’Anse on Monday, May 20.

Erickson Crowley Peterson Funeral Home of Calumet is assisting the family with arrangements.

Condolences and memories may be left for the family at www.ericksoncrowleypeterson.com