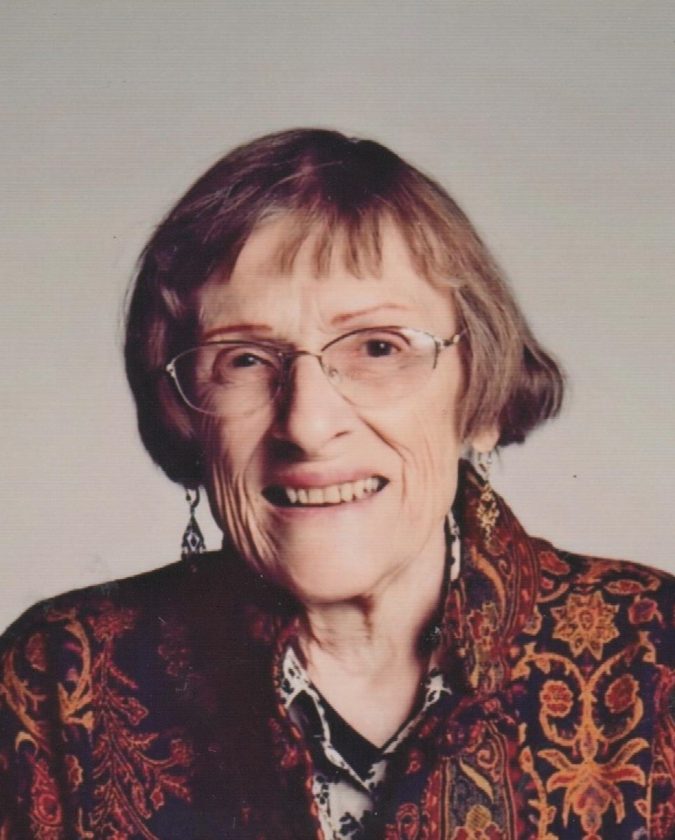 ESCANABA — On Thursday, May 9, 2019, Jane Ellen Cook passed from this world to the next at 89 years of age. Jane passed away peacefully at home with her loving family by her side.

Jane was born in Owosso, Mich., on May 19, 1929, and was the first child and only daughter of Harold and Gladys (Post) Breining. Three brothers followed: Raymond, Austin and Frank. Jane graduated from Owosso Public High School and attended Michigan State University until her junior year when she married Robert Eugene Cook. They were blessed with seven children and raised them in Owosso until Bob transferred to Escanaba, Mich., with the Civil Service in 1968.

Jane had returned to finishing her BS degree for elementary education at MSU prior to their move, and she completed her student teaching through Northern Michigan University after her move to the Upper Peninsula, Jane taught third graders primarily at St. Joseph’s School in Escanba and when that school closed she moved onto Rapid River Elementary third grade and taught approximately 20 years there before retiring. After retiring, Jane continued to substitute teach between her many trips to Europe with travel clubs and family.

Jane also loved the arts and sewing. She volunteered many hours sewing costumes for Players de Noc community theater for many years and she and Bob also enjoyed acting in a few plays, as well as attending live theater with friends and family. In later years Jane developed a love of quilting and sewed quilts for all her children and grandchildren as a token of her love for them.

Family will receive friends on Friday, May 17, from 5 to 8 p.m. at the Skradski Family Funeral Home in Escanaba. Mass of Christian Burial will be at 10 a.m. on Saturday, May 18, at the St. Joseph and St. Patrick Parish in Escanaba with Fr. Eric Olson officiating.

Burial will follow at the Holy Cross Catholic Cemetery in Escanaba. Jane’s 90th birthday celebration scheduled for May 18 from 1 to 3 p.m. will now be a celebration of her life.

In lieu of flowers donations may be sent to Escanaba Friends of the Library, Delta County Historical Society or Players de Noc.

The Cook family is being assisted by the Skradski Family Funeral Home in Escanaba. For additional information or to leave the family a message of condolence, go to www.skradskifuneralhomes.com.