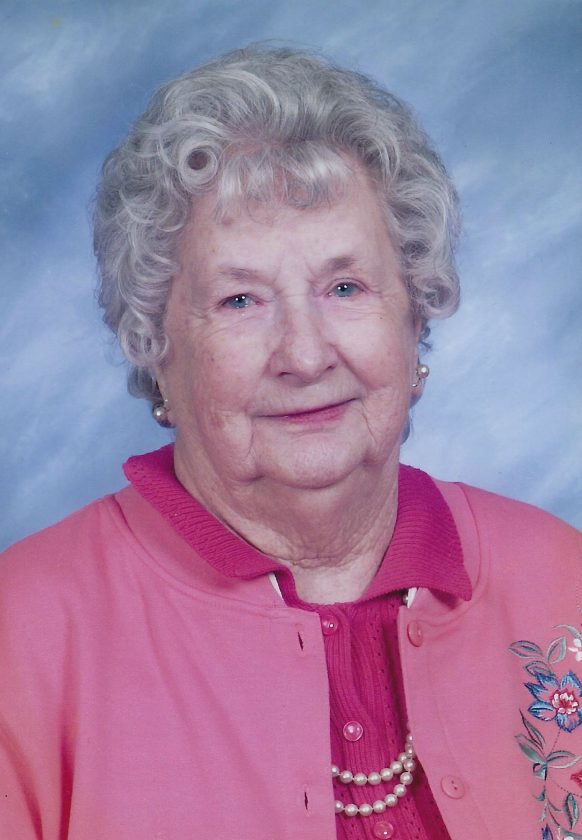 ESCANABA — Audrey Mildred King Roberts, 94, of Escanaba, passed away Friday morning, May 10, 2019, at home surrounded by family. She was born on May 23, 1924 in Brisbane, Australia, the daughter of James Ehrke and Mary E. Powell. Audrey grew up in Australia and was employed with the Red Cross in Brisbane during World War II, where she met Sgt. Delore King of Rapid River, Mich. The former Audrey Powell married Delore King on Sept. 23, 1944, in Brisbane, Australia, just a few weeks before moving to the United States. Delore preceded her in death on Jan. 1, 1988. Together, the couple shared 43 years of marriage. On Aug. 3, 1996, Audrey married Clifford Roberts at St. Joseph Catholic Church in Escanaba and he also preceded her in death on April 16, 1998. Audrey was a lifelong resident of Delta County. She was a member of First United Methodist Church in Escanaba and the DAV Auxiliary. Audrey enjoyed knitting and playing in the church dartball league. She loved spending time with her family as they meant the world to her and enjoyed babysitting for her grandchildren and great-grandchildren. Audrey attended many funeral services in respect for her family and friends and felt it was very important to be there for the family. She had such a giving and loving heart and will be deeply missed by all who knew her.

In addition to her parents and two husbands, she was preceded in death by two infant daughters; sons, Douglas A. King, and Robert J. King; grandson, Toby King; and brothers, George Ehrke, and Robert Ehrke.