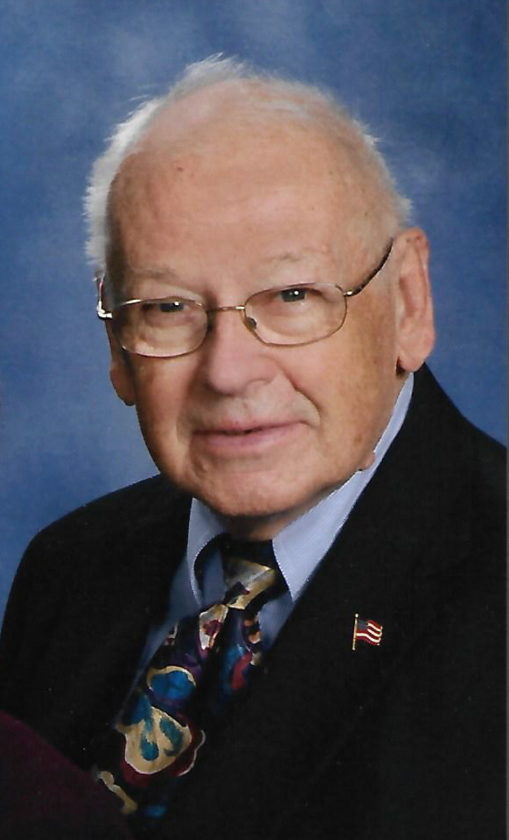 Bob was born on April 14, 1932, in Escanaba, the son of Eleanor and Clarence Schrader. He served proudly in the U.S. Navy for four years, owned Anderson Bloom Men’s Clothing Store in downtown Escanaba, and managed Radio Shack in Marinette the remainder of his career. He married Marjorie Walk, daughter of Harold and Ardina (Zander) Walk on Aug. 3, 1957.

Bob was deeply devoted to his family, friends, and church community, and is remembered for his thoughtful, witty and wise nature. He contributed to his communities through the gift of his rich, tenor voice, and spent 37 years directing choir in both Escanaba and Marinette. He participated in numerous Players de Noc productions and sang at hundreds of weddings and funerals. He was a licensed ham radio operator with the Northeast Wisconsin DX Association.

Visitation will be held at Our Savior’s Lutheran Church, 1600 University Dr., Marinette, on Saturday, Nov. 17, 2018, from 10 a.m. until 12 p.m. CST with a memorial service following at noon. In lieu of flowers, gifts may be given to the church choir and quilters.