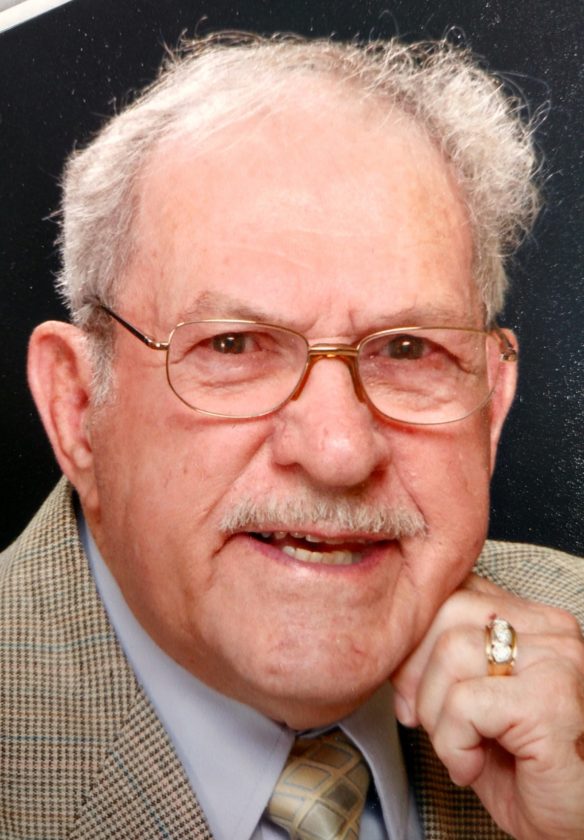 MENOMINEE — Arthur Lawrence Bourdlais, 94 of Menominee, passed away on Nov. 5, 2018, after a short battle with cancer. Arthur was born on May 8, 1924, in Escanaba, to the late Lawrence and Bernadette (Joint) Bourdlais. After high school, he joined the Army/Air Corps and served as an engineer/gunner on B-17s, flying 24 missions in Europe during World War II. Arthur’s natural ability for mechanics was put to good use after the war where he remained in the Air Force maintaining various typed of aircraft until retiring in 1964. While serving his country he met and married Caroline Rice and together they raised seven children in the Catholic faith. Art and Caroline enjoyed playing cards and bowling. Arthur began working for TWA in Kansas City, MO. and again retiring in 1986. After Caroline’s passing in 1988, Arthur returned to Michigan where he enjoyed rekindling relationships with childhood chums. He married Dorothy DeGrand and together remained active in various church functions and with Menominee’s VFW Post 1887.

Throughout Arthur’s life, he was known by neighbors as the one to see if something needed fixing. He instilled in his children a strong work ethic and duty to serve this great country where several of his children and grandchildren followed in his footsteps. Arthur will be remembered for his strong Catholic faith, love of country, and lending a helping hand to perfect strangers.

In addition with his parents and his wifes, Betty Marie, Caroline, and Dorothy, Arthur was preceded in death by two sons, Richard Bourdlais and Tim Peterson, a granddaughter, Danielle Bourdlais, his stepfather Daniel Hamlin, two sisters, Cecil LaFleur and Merie Collins, and a very dear companion Ellen Gorman.

Visitation will take place on Monday, Nov. 12, at the Cadieu Funeral Home from 9 a.m. until parish prayers at 11 a.m. A Mass of Christian Burial will follow and will be celebrated, for the repose of the soul of Arthur L. Bourdlais, at Resurrection Parish at 11:30 a.m. with Fr. Brian Gerber presiding.

Military honors by The 20 Year Club will be preformed immediately after mass.

In a private ceremony, Arthur will be interned with Caroline at a later date.