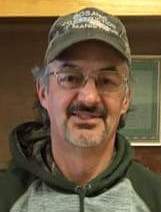 MANISTIQUE — Frank “Boz” Bosanic, 60, of Manistique, passed away Sept. 27, 2018 at the U.P. Health System in Marquette, Mich. surrounded by his loving family.

He was born March 15, 1958 in Manistique, the son of Joseph and Clara (Gierke) Bosanic and attended St. Francis de Sales Catholic School in Manistique. He was a graduate of the Manistique High School Class of 1976.

Frank owned and operated Bosanic Construction of Manistique for over forty years. He started his company shortly after graduating from high school.

He was an avid hunter and fisherman who especially enjoyed fixing things. Frank could fix anything. Most importantly, he enjoyed spending time with his family, children and grandchildren whom he loved very much.

In addition to his father, he is preceded in death by his nephew, Travis.

Visitation will be held from 11 a.m. to 2 p.m., Tuesday, Oct. 2, 2018 at the Messier-Broullire Funeral Home in Manistique. A prayer service will follow at 2 p.m., at the funeral home with Reverend Father Ben Paris officiating. Burial will be at the Fairview Cemetery in Manistique, Michigan. Please feel free to dress casual.

The Messier-Broullire Funeral Home of Manistique is assisting the family with the arrangements.

Online condolences may be expressed at www.mbfuneral.com.