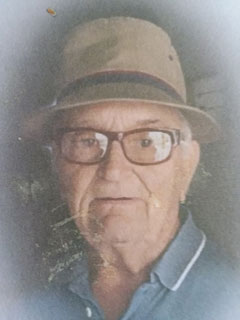 He graduated from Escanaba High School in 1948. Following graduation, he joined the Air Force and served during the Korean Conflict as an automotive mechanic. After his honorable discharge, he worked in the aerospace industry as a design engineer working on such products as the ‘Minute Man missile system’ at the Douglas Corporation, He lived most of his adult life in California, where he met his wife Frances and they raised their family in Lakewood, Cailf. After his retirement, he made many cross-country trips to spend summer with his Michigan family. Jack is survived by son, John, and daughter, Cindy of California; two sisters, Carol Winling of Escanaba and Mary (Ed) Lambert of Alabama; seven grandchildren and 11 great-grandchildren, the 12th due in January, and several nieces and nephews.

He was preceded in death by his parents, his wife, Frances, daughter, Mickey Lynn, grandson, Matt and brothers, Bill and Richard Bisson.

A burial service including military rites was held on Aug. 6 at the National Cemetery in Riverside, Calif.